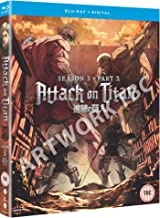 Attack on Titan is based on the popular Japanese manga of the same name, written and illustrated by Hajime Isayama. It is adapted to anime by Wit Studio (Seraph of the End, The Ancient Magus’ Bride) and directed by Tetsuro Araki (Guilty Crown). This release comprises episodes 50-59. The usual spoiler alert applies here, we are well into the story so don’t read on unless you are all caught up.

“I played them all for fools, myself too. And now, standing on this mountain of brave corpses, I have quite the view.”

Attack on Titan is set in a world where humans live in fear of their lives, cowering behind the protection of three enormous walls. Their enemy is the Titans, huge mindless man-eating humanoid creatures who will eat any human they encounter. 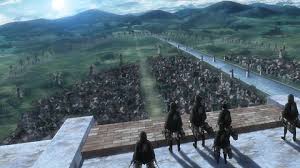 In an attempt to rekindle humanities hopes, the Scout Regiment set out on their riskiest assignment so far, to reach the town of Shiganshina, seal the breaches in the wall and retake wall Maria for the population.

Using their new tactic of moving at night, the team reach their destination, only to find it surprisingly free from Titan opposition. Eren (Bryce Papenbrook – Ajin: Demi Human) uses his new found power to seal the breach but Armin (Josh Grelle – Snow White With the Red Hair) soon realises that the Titans too have a plan. 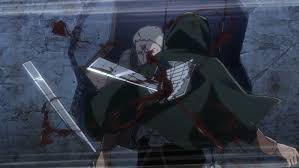 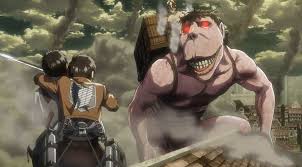 All the while they must bear in mind their secondary objective, find Eren’s old house and unlock the secrets hidden in the basement by his father Grisha (Chris Hury). 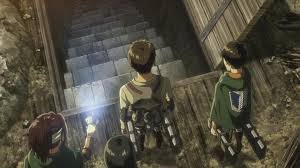 This second part of season three is riveting to watch, action packed as ever and great to look at now that we have adjusted to the different animation style. The drawing of eyes is as remarkable as ever and really adds to the emotional impact of this rollercoaster of a story.

Packed with difficult decisions and startling revelations, this is a great conclusion to the series and a must own for any Attack on Titan fans.

“I trust you. With that mind of yours, you’ve saved us countless times. Now do it again.”

Attack on Titan: Season Three Part 2 is available to buy now on DVD and Blu-ray.