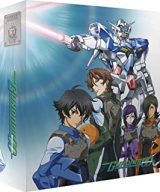 The Final Solution for Peace on Earth. 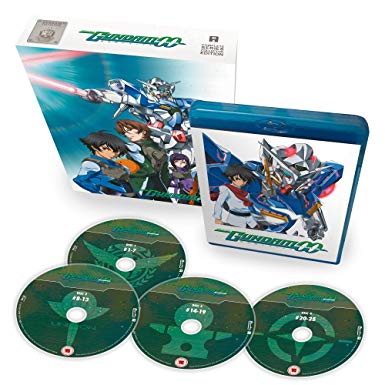 A.D. 2307 and Earth has run out of fossil fuels and it now relies on a solar array 50,000 Km above the surface. It is supported by three orbital elevators, each one serving one of the three “power blocks” on the planet, namely Union, controlling the Americas, Australia,

New Zealand, and Japan; Human Reform League controlling nearly all of mainland Asia besides the Middle East along with most of Oceania; and AEU, which controls mainland Europe as well as many islands in the North Atlantic and Arctic Oceans.

Due to this limitless power which the major blocks control, countries who relied on the sale of the dwindling fossil fuels are up in arms with other countries with similar resources.

They use Mobile Suits and some Middle Eastern countries use brainwashed child soldiers. The wars rage on until a new site appears on the scene of an 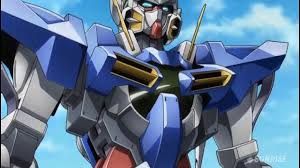 AEU Mobile Suit test. This is a Gundam of the Celestial Being, an independent group that is hell bent on stopping all conflict on Earth through “Armed Intervention” on any and all protagonists or promoters of violence.

“So I have become a mass murderer, So be it!”

These four Gundam units of the Celestial Being are far superior to any mobile Suits that exist on Earth and they are soon fighting both sides of conflicts until they are considered the terrorists by the main power blocks.

These four men are known as Gundam Meisters’ and they all have their own history stories that make them fight against their fellow humans.

This is their story and how they deal with the conflicts and how they see the world in the future. Now pay attention, there is a lot within these twenty five episodes of Part one. 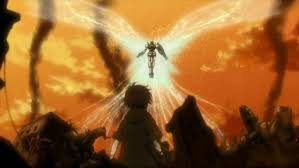