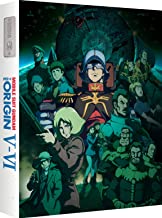 For forty years Yoshiyuki Tomino (Mobile Suit Zeta Gundam, Gundam Reconguista in G) has been involved in the Mobile Suit Gundam World, from its original release to this 2017 Origin story of some of the main players of the one year war. V and VI show us the pivotal moments (Clash at Loum, Rise of the Red Comet) as Zeon fight for their independence from the Federation.

Humans have lived in space for decades in the “Sides”, massive human colony structures held in

Lagrange points in space with approximately 100 million inhabitants. There will be eleven billion federation members living in space by Universal Century 0068. Don’t worry if you haven’t seen the previous films as there is a lengthy previously at the start of each film. This do-over has slick CGI animation of the Mobile suits and the space battles are smooth and dramatic.

Zeon are taking the fight to the Federation and the Zeon fleet lead by Vice Admiral Dozle Zabi decimates the E.F.S.F (Earth Federation Space Fleet) and simultaneously Major

General Kycilia Zabi attacks moon bases Granada and Von Braun with her Special Assault Force in new Zaku Mobile Suits. They also declare war on Side 2 “Hatte” and Commander Ramba Ral wipes it out. (The death toll in this series is astronomical).

Zeon want a swift end to the war and come up with horrible audacious plan to destroy the Federations main base capital of Jaburo, buried two thousand meters below the surface. Island Iffish is targeted as their means of ending the war in one fell swoop; strap rockets to Iffish, put a heat proof coating on the 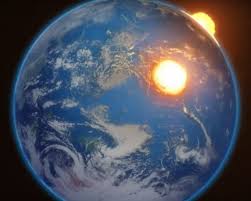 observation window, gas the inhabitants then send it into Earth’s low orbit and let it hit Jaburo head on, thus stopping the war in its tracks.

But on the 16th of January in low orbit it splits into three wiping out half the planets population. Worse than that they miss Jaburo, firing up the Federation Navy to take the fight to the Zeon’s and causing the rise of the Rise of the Red Comet.

“You don’t want to be tried as war criminals, do you!?”

Two intense films showing the struggles of war and how humans versus spacenoids will fuel it, to prolong it. Peace is not an option, only annihilation.

“One minute you’re a pilot, the next you’re space trash. Oh look there is more space trash coming to join me.” 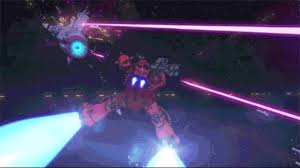