4 star look back at the history of the Hidden Leaf. 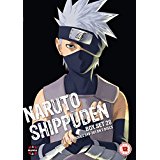 “All I can really do for now is live by the rules. But that’s okay, because now I know that I’m capable of protecting someone.” 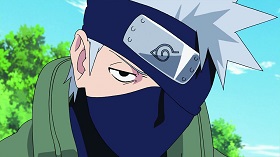 Box Set 28 comprises episodes 349-361 and is a separate arc, Kakashi’s Anbu Arc: The Shinobi That Lives in the Darkness, with each episode entitled Kakashi: Shadow of the Anbu Black Ops. It is fitted into the middle of the Fourth Shinobi World War: Climax Arc. 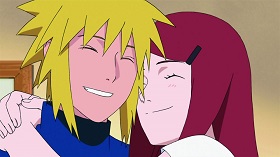 We take a step away from Fourth Shinobi World War to take a look at the immediate aftermath of the Third World War and follow the fate of the young Shinobi, Kakashi Hatake (Dave Wittenberg – Great Teacher Onizuka). Still traumatised following the death of Rin by his own hands, Kakashi has withdrawn into himself, until the Hokage and Naruto’s father Minato appoints him to be a member of the Anbu, a black ops organisation who operate covert missions on behalf of the Hokage. 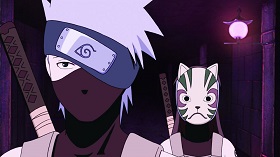 He faces many trials, as we see events unfold through his eyes. He is involved in the investigations into Orochimaru’s (Steve Blum – Ben 10: Omniverse) experiments which lead to the discovery of Kinoe, a wood style user working for Lord Danzo (William Frederick Knight – Nura: Rise of the Yokai Clan) and the Foundation. 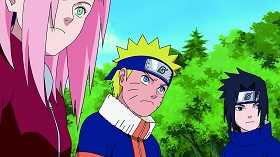 This is a really good set as ever. The story is well written and packed with interesting insights. A must own for Naruto fans and fingers crossed we’ll get back to the story next time!

“This eye, whether it’s for the better or for the worse, holds the key to my feelings towards my comrades. Some say the downside is that those feelings attract tragedy.” 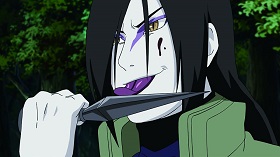 Naruto Shippuden Box 28 is available to buy now on DVD.