3 stars of gentle but rather slow-paced storytelling.

Princess Arete was originally released in 2001, produced by Studio 4°C (Steamboy, Mind Game) and based on the 1983 novel The Clever Princess by Diana Coles. It is directed by Sunao Katabuchi (Mai Mai Miracle, Black Lagoon: Roberta’s Blood Trail).

“Being locked up in here, I can only experience the world through reading books…” 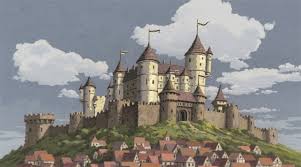 The locals believe that Princess Arete (Houko Kuwashima – Cowboy Bebop: The Movie, Durarara!!x2) is a young woman who has locked herself away in a tower to await the arrival of a suitable husband. The truth however is rather different, she has come to realise that she is missing out on the world outside her window and frequently escapes to move around among her people. 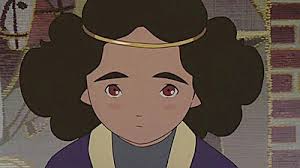 Her father the King has tasked various suitors with finding far flung magical treasures, at which several have been successful. When sneaking out to investigate the treasures, she discovers a book telling of an old world, populated by powerful witches and wizards and fantastic creations.

She determines to escape the castle with her book to make a life for herself, but unfortunately she is captured and given in marriage to a wizard named Boax (Tsuyoshi Koyama – Dragon Ball Super) who had just arrived to ask for her hand. 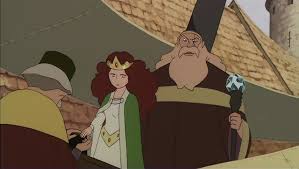 Boax is not all he seems, he has no interest in her except that he believes in a prophecy which states that she will be able to end bis eternal life. He casts a spell on her, turning her into a conventional Princess, imprisoning her in a run down old tower and telling her there is no escape. Her only hope is local villager Ample (Minami Takayama – Escaflowne: The Movie), who would love to try to help her.

Princess Arete is a slightly different take on the standard “Princess imprisoned in a tower” story, it is quite unusual for the captive to be so self sufficient, curious and intelligent. This makes the loss of free will imposed by Boax more powerful. 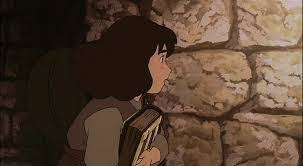 There are certain aspects of the story which just seem completely unnecessary and it’s all rather ambiguous and poorly explained in places. I also found it very slow going, which is a shame because it’s a good idea for a story, it just could have been paced better.

Still it’s well worth a watch if you are into the fantasy genre for a pleasant and uplifting way to spend an afternoon. 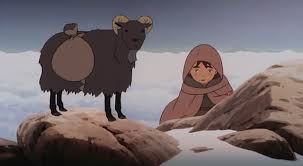