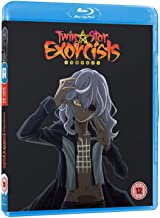 Twin Star Exorcists is based on the Japanese shōnen manga series written and illustrated by Yoshiaki Sukeno and is adapted to anime by Studio Pierrot (Tokyo Ghoul, Naruto Shippuden). It is directed by Tomohisa Taguchi. This release is Part 3 of the series and comprises episodes 27 – 40.

“The spell power you get from devouring others is nothing compared to the kind that’s developed through training and hard work.” 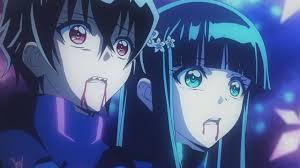 We’re well into the story now, so the usual spoiler alert applies, don’t read on unless you’re all up to date!

Twin Star Exorcists is set in a world which exists alongside a parallel world called Magano, populated by demons known as Kegare who can break through and attack humans. They are kept under control by highly trained individuals known as exorcists. 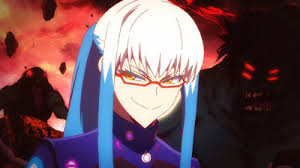 Japan is in turmoil and the exorcists continue to attempt to keep up with closing the growing numbers of Dragon Spots. The miasma is still causing the population to fall ill and Benio (Cassandra Lee Morris – Coppelion, Durarara!!x2) and Rokuro (Bryce Papenbrook – Sword Art Online, Charlotte), the Twin Star Exorcists, are travelling around the country along with Sae (Tara Sands – Pokemon, Yu-Gi-Oh!)  and Kinoko (Joe Ochman – Wolf’s Rain) trying to help. 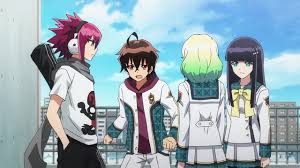 The Twelve Guardians are called to action, as the Basara get bolder and more powerful. Seigen (Doug Erholtz – Magi: The Labyrinth of Magic) suspects that a full scale attack is coming and all our heroes must prepare. To this end, they begin training under Shimon (Johnny Yong Bosch – Ajin: Demi-Human, Free! Eternal Summer), one of the twelve guardians.

Kuranashi (Ray Chase – Fairy Tail: Dragon Cry), a mysterious and powerful Basara, has a terrible plan to get to the Twin Stars, exorcists are going missing and the fate of the world may depend on the Twelve Guardians and the few remaining exorcists. 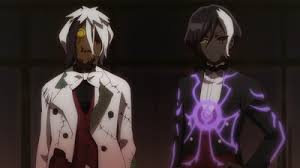 This is a brilliant continuation of a very enjoyable story. We’re really getting into it now and the whole thing is enhanced by another brooding and atmospheric soundtrack. It retains the beautiful animation style of the first two parts, with a stark contrast between the bright sunshine of our world and the dark and bloody skies of Magano.

Packed with revelations, this is a great watch and a must own for fans of the genre.

“All she has to do is return to where she belongs and our world is saved. So, how about it you two?” 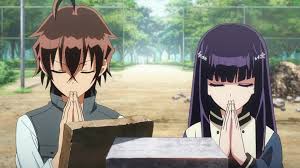