4 star stunning and dramatic conclusion to a great tale. 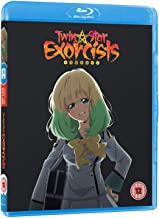 Twin Star Exorcists is based on the Japanese shōnen manga series written and illustrated by Yoshiaki Sukeno and is adapted to anime by Studio Pierrot (Tokyo Ghoul, Naruto Shippuden). It is directed by Tomohisa Taguchi. This release is Part 4 of the series, the final part and comprises episodes 41 – 50.

“Watching your comrades die right in front of your eyes, all the while powerless to do anything to stop it. I’m certain it’ll shake you you to your very core.”

We’re well into the story now, so the usual spoiler alert applies, don’t read on unless you’re all up to date! 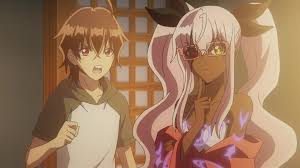 Twin Star Exorcists is set in a world which exists alongside a parallel world called Magano, populated by demons known as Kegare who can break through and attack humans. They are kept under control by highly trained individuals known as exorcists. 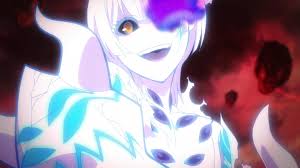 Kuranashi’s sinister plan leads to the decimation of the Twelve Guardians, and a familiar face from the past confronts Rokuro and Benio once again. The Twin Stars learn of their true nature when the origin of the exorcists is revealed, and it all ties back to one man who seeks to level the world at any cost Abe no Seimei.

While Rokuro is pushed to his ultimate deadly form, Benio is given her own ultimatum. Lose the one she loves, or leave him for a union with Seimei that would bring the end of existence. Disaster is about to strike, and the Twin Stars are humanity’s last hope. Can they resonate one more time? 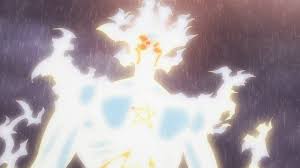 This is a really enjoyable and satisfying end to a very good series. Packed with action and adventure, there are twists and turns around every corner and it keeps you guessing right to the end.

It has all the colour and noise of the rest of the series, with an interesting animation style and no shortage of random song and dance numbers. A great conclusion to the story and a must own for fans of the franchise.

“In this world, the strong prey on the weak. And since I’m the strongest, all of you are the prey. That means you, too.” 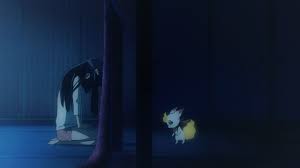