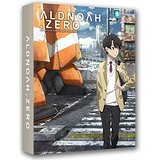 From the great A-1 Pictures (Sword Art Online, Sword Art Online II, World Conquest: Zvezda Plot, Magi: The Kingdom of Magic) comes a story of 15 years of hurt, when the moon blows up, after the discovery of ancient technology.

The moon had hidden secrets for 30,000 years, an amazing technology which is found during the Apollo 17 mission, that allows humans to travel to Mars and 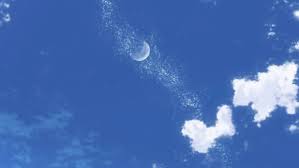 colonise the red planet and eventually terraform it. They also found more advanced technology (Aldnoah) and they create the VERS Empire which eventually leads to open hostility and then in 1999 war breaks out. During the war the technology on the moon explodes causing ‘Heaven’s Fall’. 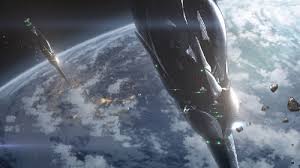 The debris from this event devastates the planet and now 15 years later the planet has not fully recovered and high above them are 37 Orbital Knights residing in their massive two kilometre long Landing Castles.

With VERS overhead they plan on sending an envoy, the Princess Asseylum Vers Allusia to help relations between the two planets. Her human friend Slaine tries to dissuade her but she insists, leaving him behind and Count Cruhtoe soon puts this Terran back in his place. 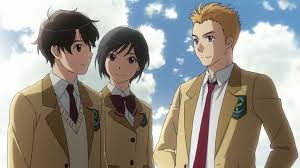 Meanwhile Inaho is getting breakfast ready for his sister Yuki who is in the defence of their city of Shinawara with her Kataphrakt (Mecha). After the devastation of Heaven’s Fall, all high school children go through military training as part of their curriculum.

This training comes into play when they go to see the princess’s arrival. All hell breaks loose when her cortège is hit by missiles, destroying them and leaving the limo vulnerable. When it is hit everybody believes the princess has perished. 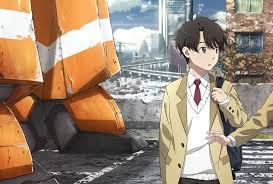 This atrocity enrages the VERS Empire and the Vers invasion begins with Landing Castles crashing into New Orleans, Maputo, Beijing, and Tokyo.

Shinawara starts to evacuate its civilians as Inaho comes across two girls in an already cleared zone. It turns out that she is the princess and it was a body double as she had been ill. 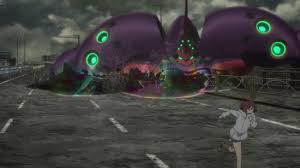 Lordships, but Baron Trillram of the Vers Empire in his Kataphrakt has other ideas. He kills them, so the information never gets out but Rayet, one of the assassins’ daughter manages to survive and she flees. 2nd Lt. Marito’s squad engages Trillram as Inaho and friends transport civilians to the ferry port. Trillram’s mech is far more advanced than the humans and he easily defeats the squad. Yuki is down but Inaho’s APC manages to pick her up in her downed Kataphrakt. Okisuke tries to rescue Yuki but is thrown off the vehicle and is killed after being absorbed by Trillram’s shield. 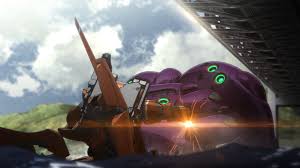 Trillram gives chase to silence the young Rayet. but he stops chasing them when they go into a tunnel, leading the very astute Inaho to realise that the impenetrable shield is exactly that from both sides. Trillram is blind without his spotter drones and Inaho and team use this to their advantage and take down Trillram.

Great animation as ever with A-1 Pictures and a great story to get your teeth into as Inaho and the U.F.E. defend their planet from the Martian invasion and can the Princess get a message through to the VERS Emperor and call a halt to the hostilities? 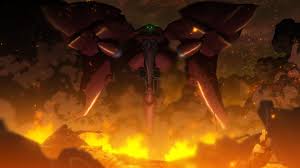