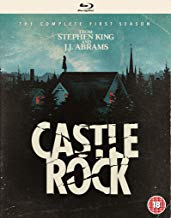 Castle Rock is based on the characters, locations and stories of horror legend Stephen King (Pet Sematary, Cujo). He is an executive producer, as is J.J. Abrams (Fringe, Lost). It is an original story, created for television by Sam Shaw (Manhattan) and Dustin Thomason (Lie To Me).

“Take any house in this town, hell, take mine. Every inch is stained with someone’s sin. I lie awake at night thinking about all the blood spilled under my roof alone. People say, ‘It wasn’t me. It was this place’. And the thing is, they’re right.”

It’s 1991 and a young boy, Henry Deaver (Caleel Harris – Blaze and the Monster Machines) has been missing for several days. He is found standing in the middle of a frozen lake by Sheriff Alan Pangborn (Scott Glenn – The Defenders) seemingly unharmed. 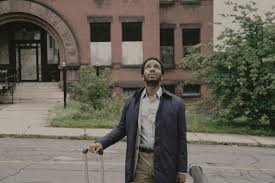 27 years later and on his final day as warden of Shawshank prison, Dale Lacy (Terry O’Quinn – Falling Skies, Patriot) commits suicide in spectacular fashion. His job is taken over by Theresa Porter (Ann Cusack – Better Call Saul, Tycoon), who is astonished to discover that there is an entire wing of the prison that was never renovated and remains disused following a fire. 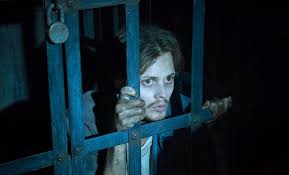 Guard Zalewski (Noel Fisher – Shameless) is dispatched to count how many beds might be made available. While down there he makes a disturbing discovery, a Kid (Bill Skarsgård – It, Deadpool 2) locked in a cage.

When asked his name he whispers three words, Henry Matthew Deaver (André Holland – American Horror Story). Henry Deaver is now all grown up and is a death row lawyer. When Zalewski calls him against the wishes of Warden Porter, he makes the decision to return to his hometown. 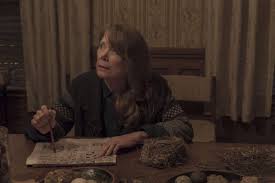 Here, he discovers that his dementia suffering mother Ruth (Sissy Spacek – Carrie, Be Kind Rewind) is living with now retired Sheriff Pangborn, and meets up with childhood neighbour Molly (Melanie Lynskey – Heavenly Creatures, Togetherness), another blast from his past.

Henry will have to face his demons as he tries to work out what is happening in Castle Rock before it is too late.

Castle Rock is a highly entertaining series, packed to the rafters with easter eggs for fans of Stephen King. So many scenes feature little nods to his stories, from the Mellow Tiger Bar to the familiar family names, Pangborn and Torrance. 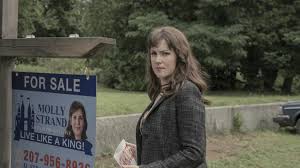 That is not all the show is however, it has a strong well written story of its own, intertwined into a world which already existed and finding its own place within it.

There are familiar faces in here too, Sissy Spacek from Carrie and Bill Skarsgård from It, as well as a star studded cast who put in acting performances as good as you would expect. 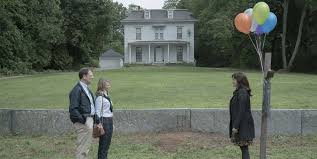 The whole thing retains a very strong feel of Stephen King about it, in the writing and in the pervasive sense of dread created in this fictional run down Maine town that seems to be fundamentally evil.

A must watch for fans of Stephen King who will delight in picking out all the treats left for them, however it will stand up just as well as a story in itself for anyone not familiar with the background.

“Truth doesn’t change, it’s just truth. Pure. But justice? Well, that looks different, depending on what side of that invisible line you’re on.” 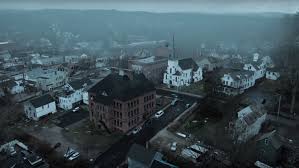 Castle Rock is available to buy now on DVD and Blu-ray.