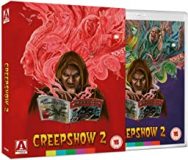 Creepshow 2 is a horror anthology based on the stories written by Stephen King (Castle Rock, Pet Sematary, Cujo), with a screenplay by George A. Romero (Night of the Living Dead, The Dark Half). It is directed by Michael Gornick (The Stand) and was originally released in 1987. With an outstanding horror pedigree like this, you know you are in for a treat. The sequel to Creepshow, it has a similar feel to the original film, retaining the E.C. comic book flavour. Due to budgetary concerns, this film only features three stories rather than the five seen in Creepshow.

“Look at it now. The town of Dead River is finally living up to it’s name. It’s dead, Ray.” 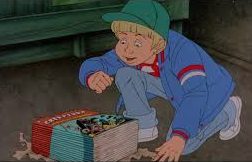 The film opens with a young boy, Billy (Domenick John) eagerly awaiting the delivery of a package containing his favourite comic book, Creepshow (as seen at the end of the first film. As it transitions to animation, we are introduced to The Creep (Tom Savini – From Dusk Till Dawn), our sinister presenter. 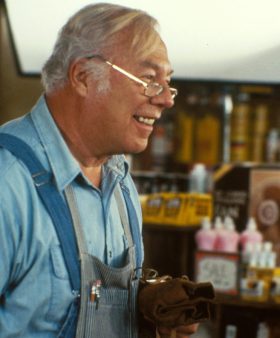 The first story is Old Chief Wooden Head. Ray (George Kennedy – Thunderbolt and Lightfoot) and Martha (Dorothy Lamour – Road To Utopia) own a general store in a once thriving but now run down town and proudly display a large carving of an American Indian on their porch. They are honoured when Ben (Frank Salsedo – Northern Exposure), a member of a nearby tribe offers them some valuable jewellery which his tribe has collected for collateral on the debt they owe.

Things turn nasty however later that night, when his nephew Sam (Holt McCallany – Mindhunter) turns up to try and rob Ray and Martha and makes an interesting and grisly discovery about Old Chief Wooden Head. 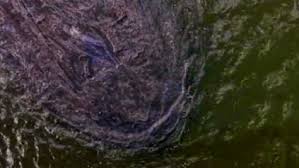 The second story is The Raft. We see a group of young people heading off in their car to go for swim out to a raft in the middle of a lake. It all sounds like fun, but when Deke (Paul Satterfield – Bruce Almighty) and Randy (Daniel Beer – Point Break) get to the raft, Randy notices something in the water.

He shouts to Laverne (Jeremy Green) and Rachel (Page Hannah – Fame) to hurry and they make it to the raft, but it soon becomes apparent that whatever is in the water is not only between them and the shore, it’s also out for blood.

“Thanks for the ride, lady.” 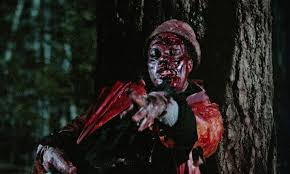 The third and final story is The Hitchhiker. Annie Lansing (Lois Chiles – Moonraker) is an adulterous housewife. Realising she must get home before her husband, she is speeding through the night when she loses control of her car and ploughs into a Hitchhiker (Tom Wright – Marked for Death). She drives away, rationalising that no-one saw her and she doesn’t want to ruin her life.

This Hitchhiker however is not impressed at her hit and run and quickly makes his displeasure felt. 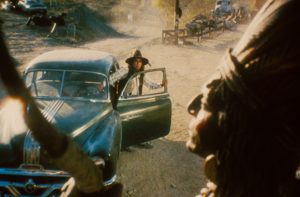 Creepshow 2 is an excellent anthology. Concentrating more on the horror than its predecessor which was mostly comedy based, this sequel offers some genuine scares and plenty of blood and gore. The animated interludes which tell the story of Billy and how he gets one over one his bullies are great little animations, done in a very 80s style which is a great blast from the past.

With a host of special features, this is a brilliant release of a remastered classic and well worth adding to your collection.