5 stars of violence and mayhem across Tokyo. 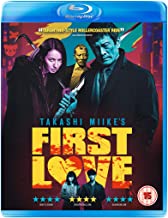 The perfect (if slightly unorthodox) Valentine’s Day film, First Love is showing from 14th February at selected cinemas across the UK. Show a loved one you care with some good old fashioned limb lopping and mindless violence.

Written by Masa Nakamura (Andromedia) and directed by Takashi Miike (Blade of the Immortal, Audition, The Happiness of the Katakuris), this film has Miike’s particular brand of crazy splattered all over it.

“Even with boxing, you can’t keep winning if you only fight for yourself.”

Leo (Masataka Kubota – Tokyo Ghoul, 13 Assassins) is a confident young boxer just starting out in his career. One night however, he is unexpectedly knocked out in a bout that should have been a sure thing and some bad news leaves him feeling he has nothing left to lose. 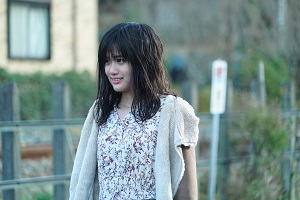 Monica (Sakurako Konishi – Fancy) is a call girl being held prisoner by Yasu (Takahiro Miura – Attack On Titan), a member of the Yakuza who is about to take part in a drug deal. Both of their lives are about to be radically changed when another member of the gang, Kase (Shôta Sometani – Parasyte: Part 1, Tokyo Tribe) comes up with a plan to steal the drugs, with the help of bent cop Otomo (Nao Ohmori – Ichi the Killer). 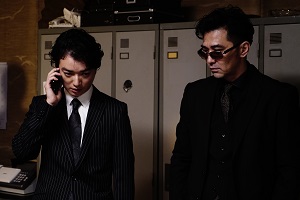 When the plans start to go wrong, a chance encounter between Leo and Monica leaves them in the middle of a drug war between the Yakuza and the Chinese, with both sides out to get their blood.

First blood is a fast paced thrill ride, packed with laugh out loud black comedy, lots of gore and the usual cast of colourful and often scantily clad characters. 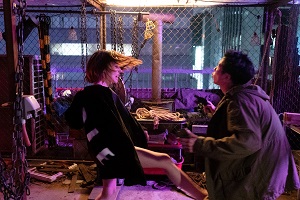 Monica is plagued by hallucinations of her father wearing nothing but a bed sheet over his head and a nasty pair of white y-fronts, while the magnificently titled One-Armed Wang is surprisingly proficient with a shotgun given his predicament.

Blood soaked and strangely satisfying, this is a really enjoyable film, well worth adding to your collection and a great one to see on the big screen.

“Drugs are a death sentence. Whatever with the past, you are alive now. Think of the future.”

First Love is showing now in selected UK cinemas and will be released on DVD and Blu-ray on 2nd March 2020.