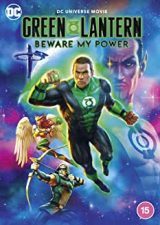 The First Mission for an Old Soldier.

John Stewart (Aldis Hodge, Straight Outta Compton, One Night in Miami) is an ex-soldier who served as a sniper in Afghanistan, where he lost his friend and spotter. Now he is back State-side, he is still troubled by the events of the conflict, but his sense of justice is as keen as ever and when he sees a homeless man being beaten up his military training comes good as he save the homeless man from a brutal death. However, in the process he gets the attention of the police, but when they see his distinguished service record they err on the side of caution and release him.

When John gets home, there is a fiery object streaking across the sky, it is a spaceship and the pilot has travelled a long way to find John. He has been chosen to wear the prestigious green ring of the Green Lantern Corp.  He can’t ask the pilot anything as he has turned to dust, the only thing talking is the ring, but John wants nothing to do with it.

The ring has come from the planet Oa, the ring can communicate with Oa, but there is no response. The Ring (Sunil Malhotra, Freedom Fighters: The Ray (TV Series), X-Men: Destiny (Video Game)) says it knows of some people that may be able to help The Justice League, who have a tower which is in space, but that is not a problem for a Green Lantern.

The meeting with the Justice League is not a peaceful one, eventually they get through to each other, Green Arrow (Jimmi Simpson, Westworld (TV Series), The Last Time You Had Fun) knew the previous owner of the

ring, Hal Jordan (Nolan North, Uncharted 4: A Thief’s End (Video Game), Batman: The Killing Joke), they were best of friends. He says they should go to Oa in the spaceship. The ship has repaired itself, and now they go on an adventure across the galaxy and beyond.

The reluctant Rookie must become the vet, A new origin story for the Green Lantern where there are galactic wars, super machines, and somebody is working behind the scenes. A must for any DC fans, or any superhero fan. 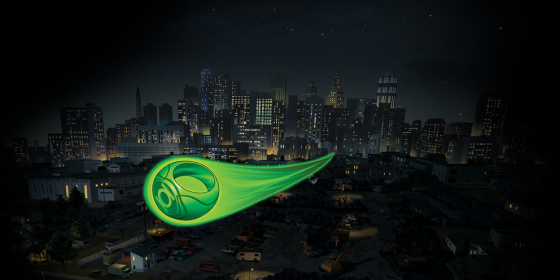 Green Lantern: Beware My Power is available on Blu-ray and 4K