4 star conclusion to this dark and intriguing anime.

Occultic;Nine is based on the Japanese light novel of the same name written by Chiyomaru Shikura(Steins;Gate). It is adapted to anime by A-1 Pictures (Magi: The Labyrinth of Magic, Your Lie In April) and directed by Kyohei Ishiguro. Volume 2 comprises episodes 7 – 12 and concludes this fascinating story.

“There are no such thing as ‘occult’. It can be disproved all by science. Only the ones who have accepted everything, can get the right to know the truth.”

Following the shocking revelations at the end of episode 6, the members of Kiri Kiri Basara and their new acquaintances are forced to begin to come to terms with their new state of being.

High School student and FBI agent Asuna Kisaki is drafted in to investigate the mass suicide at Inokashira Park, using her skills in psychometry to view past events. 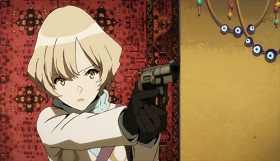 It becomes clear that there are dark forces at work pulling the strings as Yuta digs deeper into his father’s group The Eight Gods of Fortune and we see the shocking truth behind the deaths and the real danger being posed to the whole population.

Occultic;Nine Volume 2 is a brilliant conclusion to this brooding and clever anime. It’s in depth scientific analysis and concepts may not be to everybody’s taste, but it makes for an excellent story. Packed with revelations and action from start to finish and with the same distinctive animation style as Part 1 it’s a joy to watch and a must own for any fans of the genre. 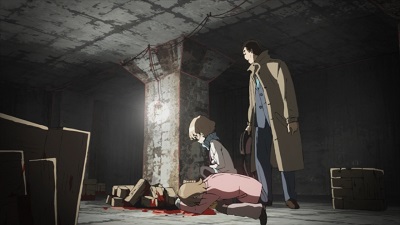 Occultic;Nine Volume 2 is available to buy now on DVD and Blu-ray.