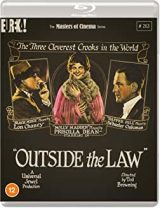 From writer/director Tod Browning (Dracula, Silk Stocking Sal, Mark of the Vampire) comes one of the films especially written for lead actress Priscilla Dean (The Wicked Darling, The Exquisite Thief) as the Universal Studios wanted to do a series of movies that showed strong female leads that were tough enough to take on the tough guys. And what a show she puts on.

The sayings of Confucius

If a country had none but good rulers for a hundred years, crime might be stamped out and the death penalty abolished.

1920 San Francisco, Chinatown is a narrow streeted part of the Golden city,

where Chang Lo (E. Alyn Warren, They Won’t Forget, Port of Seven Seas) has a bazaar, where people can come drink and some enjoy his teachings of Confucius, Two of those participants are gambling house owner Silent Madden (Ralph Lewis, Dante’s Inferno, A Tale of Two Cities) and his gangster daughter Molly Madden (Priscilla Dean) or as the police know her ‘Silky Moll’. With Lo’s teachings, the pair of Maddens are talking of going straight. 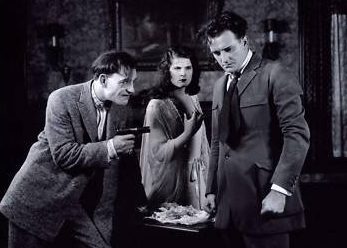 But this talk of a leading a righteous life doesn’t sit well with their former criminal associates the cold ruthless ‘Black Mike’ Sylva (Lon Chaney, The Phantom of the Opera, Man of a Thousand Faces, THREE MONSTER TALES OF SCI-FI TERROR), Dapper Bill Ballard (Wheeler Oakman, The Western Code, End of the Trail), and the quick tongued, light-fingered ‘Dapper Bill’ Ballard (Wheeler Oakman, The Ne’er Do Well, Top Sergeant Mulligan). 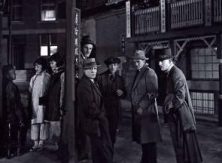 Their plan is simple, frame Silent Madden for murder, and wait for Molly to turn back to Black Mike, and a life of crime, going against Lo’s Confucius teachings. Whilst sitting with Lo, Lo’s loyal servant Ah Wing (also Lon Chaney) has spotted a lot of suspicious looking men across the road.

A message comes through that Old man Simmons wants to see Silent urgently,

so he heads out the back, and he makes his way to Simmons shop, as he gets to the street the bullets start flying as Black Mike and Dapper Bill watch from a cellar window across the street. As the whizzing bullets draw the attention of the cops, Black Mike takes out his gun and kills the first cop to stop by the telephone. Wiping his prints off the gun, he gives it to his runner Humpy (John George, Captain Kidd and the Slave Girl) who plants it in a barrel, then informs the police of the gun and Silent Madden.

Silent Madden goes to jail, a bitter man, but only for eight months, and Molly turns back into ‘Silky Moll’, as Black Mike predicted, this is Moll’s story after daddy went to prison. ‘Safe Cracking Stuff’. A Great Silent Monochrome Caper.

With a 4K restoration conducted by Universal Pictures, you can see why these classic films must be preserved for our and future generations. A slice of silent history. 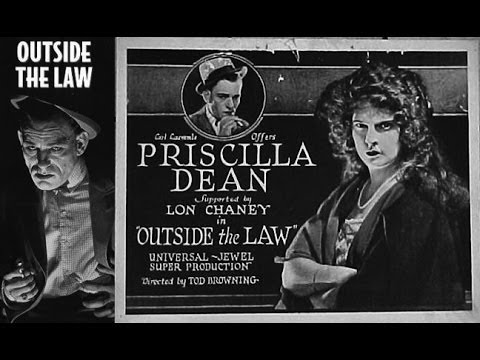 1080p presentation on Blu-ray from a 4K restoration conducted by Universal Pictures | Musical score by Anton Sanko | New video interview with author / critic Kim Newman | Alternate ending from a 16mm print of the film, created in 1926 for a re-release of Outside the Law | PLUS: A Collector’s Booklet featuring an essay by Richard Combs | *All extras subject to change