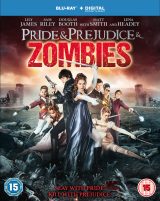 Pride & Prejudice & Zombies is based on the original story and characters from the classic 1813 novel written by Jane Austen and has undergone quite a significant transformation at the hands of Seth Grahame-Smith.

“Franklin, are there more scones?”

It’s 19th century England and a mysterious and deadly plague has swept the country. The undead are rising with an insatiable hunger for human brains and the genteel ladies and gentlemen of the heavily fortified country houses have been forced to train themselves to be warriors in addition to etiquette. 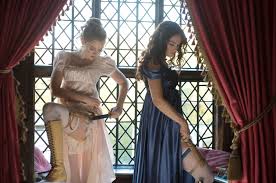 The Bennet family are no exception. Mr. Bennet (Charles Dance – And Then There Were None, Woman in Gold) lives on a country estate with his wife and daughters, Elizabeth (Lily James – Downton Abbey), Jane (Bella Heathcote – The Neon Demon), Lydia (Ellie Bamber – The Falling), Mary (Millie Brady – Legend) and Kitty (Suki Waterhouse – Insurgent).

He has had all his daughters trained in China by Shaolin monks, effectively turning them into an elite fighting force, while Mrs. Bennet (Sally Phillips – Miranda, Bridget Jones’s Diary) is doing what any mother would and attempting to marry off her daughters to wealthy eligible young men. 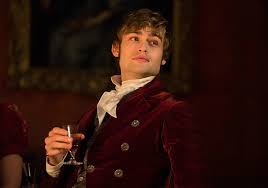 When Mr. Bingley (Douglas Booth – Jupiter Ascending) moves into a neighbouring property, she arranges for them to attend a ball he is hosting. He is immediately smitten by Jane and it is here that Elizabeth first encounters the haughty Colonel Fitzwilliam Darcy (Sam Riley – Maleficent, 13).

After the girls fend off a zombie attack, Mr Darcy is somewhat taken with Elizabeth, but the feeling is not mutual. There are other suitors vying for her attention, including the hapless Parson Collins (Matt Smith – Doctor Who, Womb) and the dashing Lt. George Wickham (Jack Huston – American Hustle).

With zombie hordes approaching, will the ladies find time for romance or will they simply stand side by side on the battlefield? 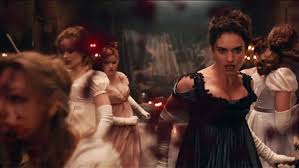 Pride & Prejudice & Zombies is a real revelation. It is a hilarious, blood soaked romp from start to finish and the fact that is also a well written and cleverly shot period drama adds thoroughly to the entertainment value.

The acting is excellent (Matt Smith steals every scene he appears in) and the numerous fight scenes are very well executed and constantly surprising. There are also plenty of special features to enjoy. By far the best zombie film in a long time, a must see for fans of the genre!

“To succeed in polite society, a young woman must be many things. Kind… well-read… and accomplished. But to survive in the world as WE know it, you’ll need… other qualities.”