4 stars for this brilliant telling of a remarkable true story. 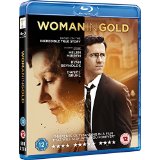 Written by Alexi Kaye Campbell and directed by Simon Curtis (My week with Marilyn), Woman in gold tells the amazing true story of Maria Altmann (Helen Mirren – The Queen, Hitchcock), an elderly Jewish lady who takes on the Austrian government in order to try and reclaim the possessions stolen from her family by the Nazis during the occupation. 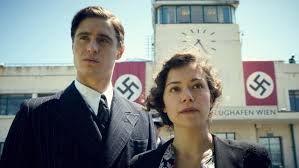 The young Maria (Tatiana Maslany – Orphan Black, The Vow) was forced to flee from Vienna in 1938 with her husband Fritz (Max Irons – The Host, The White Queen) as a result of the Anschluss incorporating Austria into Nazi Germany. In her absence the family belongings were taken by the Nazis and redistributed, most notably her Uncle’s collection of paintings by renowned Austrian artist Gustav Klimt. 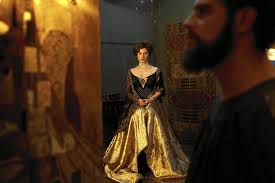 Her favourite of these paintings is perhaps the most famous, The Woman in Gold, which to her was simply a painting of her beautiful Aunt Adele Bloch-Bauer (Antje Traue – Man of Steel, Seventh Son).

Following the death of her sister it is brought to her attention through a series of letters from the family lawyer that she may well be the rightful owner of the paintings, currently on display at the Belvedere Gallery in Vienna and the property of the Austrian Government.

In order to help her to prove this claim, she enlists the help of Randy Schoenberg (Ryan Reynolds – Green Lantern, The Proposal), a struggling lawyer who is the grandson of a dear friend of her family from Vienna. 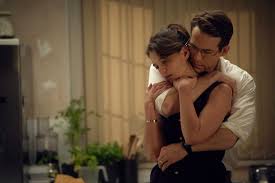 Although initially not keen to take the case, especially given that he has just finally managed to get a new job, when he investigates the paintings and discovers their value runs into the millions he suddenly finds renewed interest and manages to persuade his boss, Sherman (Charles Dance – The Imitation Game, Game of Thrones) that the case is worth taking on. 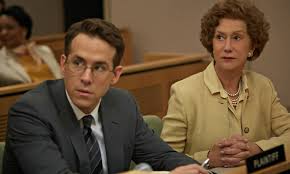 What follows is an epic legal battle across the continents, with the Austrian government (and the Art Restitution Committee) very reluctant to part with what they consider to be national treasures and equally reluctant to face up to the realities of the effects of the Nazi occupation. Randy is forced to juggle his home and family, as heavily pregnant wife Pam (Katie Holmes –Miss Meadows) tries her best to support him whilst he comes to terms with his past and tries to help Maria do the same. 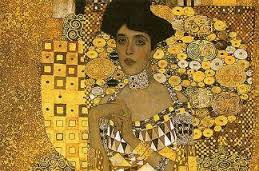 Woman in Gold is an extremely moving film, with outstanding performances from all concerned. The modern day court action is cleverly interspersed with Maria’s memories of her life both before Nazi occupation and her subsequent escape, which lends a sombre note which is entirely necessary to the film.

There is of course a lot of sensitive subject material involved in the making of a film such as this and they manage to negotiate it beautifully, putting together a piece which is both touching, hard hitting and at the same time funny and enjoyable.

A film that deserves to be seen and is well worth adding to your collection.

“The artworks stolen by the Nazis are the last prisoners of World War II and Adele is their Queen.”