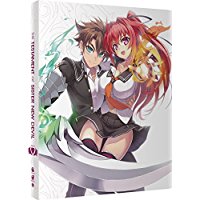 The Testament of Sister New Devil is based on the Japanese light novel series written by Tetsuto Uesu and illustrated by Nekosuke Ōkuma. It is adapted to anime by studio Production IMS (Gonna Be the Twin-Tail!!) and is directed by Hisashi Saito (Bamboo Blade).

“I’ll kill you a hundred times!” 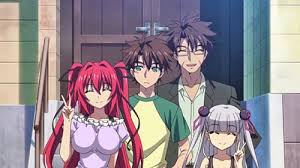 Basara (Chris Hackney – Charlotte) is a seemingly normal young school boy, whose life is changed when his father Jin (Kirk Thornton – Coppelion) suddenly announces that he is to remarry. This will involve moving house and having to leave his current school and just to top it off, he also announces that Basara is going to have two 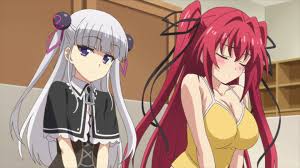 With their mother away overseas and his father called away on business, it falls to Basara to look after his new sisters, Mio (Lauren Landa – Noragami Aragoto) and Maria (Kira Buckland – Durarara X2!!). This is going to prove difficult given that Maria is a succubus and Mio is the daughter of the previous Lord of Hell. The marriage was a scam thought up by them in order to get a base of operations. 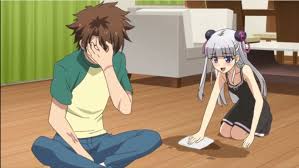 They are not the only ones with a secret however, Basara is in fact part of the Hero Clan, sworn enemies of the Demons. After speaking to his father and learning that the girls are in danger he decides that he will protect them with his life and his considerable powers.

With a very inappropriate Master and Servant contract in place, there are plenty of decidedly 18 certificate shenanigans in this outrageous harem anime, which can sometimes prove quite distracting from what is otherwise quite a good story. 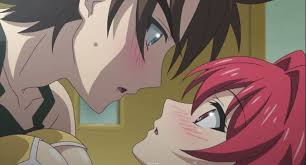 The Testament of Sister New Devil is very entertaining, but not for the squeamish and certainly not for the whole family. If you’re into Ecchi then this one is well worth adding to your collection.

“We can’t have dessert now. This is no place to have cake! The whole idea of eating cake in the bathroom is just weird…” 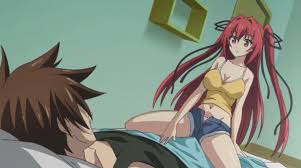 The Testament of Sister New Devil is available to buy now on Collector’s Edition Blu-ray and Standard DVD.