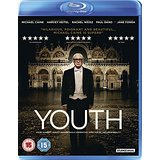 Italian writer/director Paolo Sorrentino (The Great Beauty) brings us arty shots and lovely vistas but it is the stars of this film that stand out in this study of friendship, family and what matters to a person. 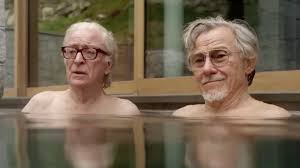 Fred Ballinger (Michael Caine, Mona Lisa, Interstellar, Mr Morgan’s Last Love, The Dark Knight Rises) is a retired maestro holidaying at a retreat in the Swiss Alps where the rich, famous and infamous enjoy walks, baths and massages and are entertained and watered at night. Fred’s life long friend Mick Boyle (Harvey Keitel, From Dusk Till Dawn, Reservoir Dogs) is working on a screenplay with his team.

Fred’s main bone of contention is an emissary (Alex Macqueen, I Give it a Year) from Queen Elizabeth II who wants Fred to conduct his most famous of works ‘Simple Songs’ for Prince Philip’s birthday. But he flatly refuses to do it, 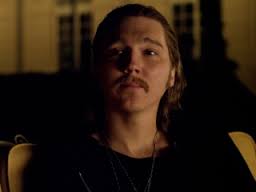 sending the emissary away, why is he so remembered for his frivolous piece he wrote for his wife.

Also at the resort is young actor Jimmy Tree (Paul Dano, Looper, Cowboys and Aliens) who is finding and building a character for his new film, he is also wondering why he is remembered for his role as a robot.

The guys are comfortable around each other but there is one irk in their relationship, Brenda Morel (Jane Fonda, Klute, Barbarella). Fred had romantic feelings for her way back when and wonders whether or not Mick slept with her, but with fading memories anything could have happened. 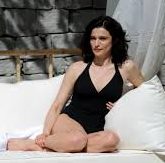 Fred’s assistant is his daughter Lena (Rachel Weisz, The Mummy, Constantine) who blames his continued love of his music for the suffering of her mother as she grew up. Now off abroad she heads for the airport with her husband Julian (Ed Stoppard, The Pianist) Mick’s son. But she soon returns with some shocking news.

With subtle comedy moments between the two main characters and the arty shots and occasional nudity, this film keeps you fixed to your seat to see whether or not age and experience can work things out or will youth just get it?

“We only ever told each other the good things.”