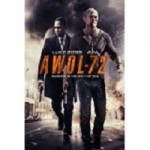 3 stars for this slightly puzzling action adventure.
Written by Cecil Chambers (God’s Country, Desecrated) and Christian Sesma (Shoot the Hero, On Bloody Sunday) and directed by Christian Sesma, AWOL 72 is an action film which kind of wants to be a thriller, maybe even a mystery.
It’s important however not to blur the lines between mystery and just plain confusing the…more 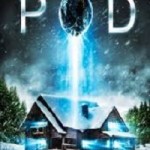 3 stars for this brilliantly acted but slightly confused psychological horror/thriller.
Written and directed by Mickey Keating (Ritual, Ultra Violence), POD is a very entertaining supernatural thriller, with a distinct feel of the X-files about it, both in style and substance. It recently had its European Premiere at FrightFest 2015 and will be available exclusively through Alarm Pictures on various digital…more 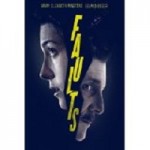 4 stars for this beautifully acted and gripping thriller.
Faults is written and directed by Riley Stearns and is, almost unbelievably, his first feature. It is an in depth look at cults and the controversial process of de-programming, popularised in the 70s and 80s to combat the perceived rise in cult activities.
The story starts out with Ansel Roth (Leland Orser –…more 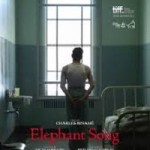 3 stars for a thought provoking psychological thriller.
Elephant Song is written by Nicolas Billon and directed by Charles Binamé (Being Human, Cyberbully). It stars upcoming actor Xavier Dolan, whose eagerly awaited film Mommy (winner of the Cannes jury prize), which he wrote and directed, is due for release soon.
The premise of the film is very simple, a psychiatrist, Dr. Lawrence (Colm…more 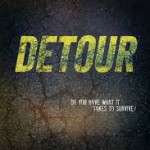 4 Star How Claustrophobic Do You Want It?
Writer/ Director William Dickerson (The Mirror), undertakes a project that most would shy away from as he takes a whole film to show the dilemma of what you would do to survive when all you have is the space inside your estate car.
If you are claustrophobic then this will be your worst nightmare…more 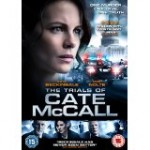 3 stars for a well written if slightly predictable courtroom drama.
The Trials Of Cate McCall is written and directed by Karen Moncrieff (The Dead Girl, Petals On The Wind) and tells us the story of Cate McCall (Kate Beckinsale – Underworld, The Aviator), a talented lawyer whose rise in her chosen career was matched by the fall of her private…more 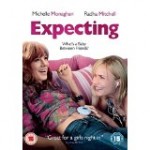 4 stars for this heartwarming and funny film.
Expecting is written and directed by Jessie McCormack (The Antagonist, The Amateurs) and deals with the tricky topics of I.V.F. failure and adoption and the ways in which they can affect people, in a way that is both bold and funny.
Lizzie (Radha Mitchell – Silent Hill, Pitch Black) is desperate to have a baby…more