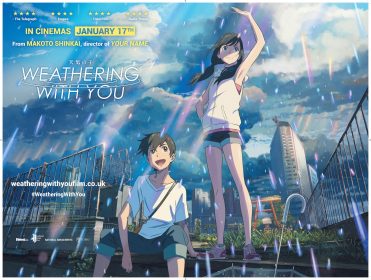 The creators of “Your Name” return with a breathtaking
drama that’s stormed the Japanese box office, and become
the country’s first anime entry for the Academy Awards’ Best
International Feature Film in over 20 years!

Due to fan demand, Weathering With You will be expanding massively in the UK from the current 40 screens to over 250 on 30th January 2020. This follows on from an opening UK weekend box office (including previews) of £221,320 – almost 10 times that of Your Name’s £22,274 opening.

Screening venues and times can be found HERE

Don’t miss out on your opportunity to view this stunning film on the big screen! 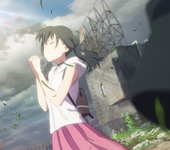 High school freshman Hodaka Morishima leaves his home on an isolated island and moves to Tokyo, but he quickly finds himself in financial trouble. Living his days in isolation, he eventually lands a job as a writer for a shady occult magazine.
Then one day in an alley, Hodaka meets a young girl named Hina Amano, bright and strong- willed, who possesses a strange and wonderful ability: the power to stop the rain and
clear the sky. 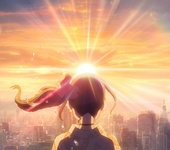 The visionary director behind the body-swapping romance “Your Name”, which earned him international acclaim, Shinkai has been
celebrated for stories exploring young love and distance, like “5 centimeters per second” and “The Garden of Words”.

A graduate of Tokyo’s Chuo University, Shinkai made his debut 20 years ago with the award-winning short film “She & Her Cat”, before quitting his full time job to produce, write and direct “Voices of a
Distant Star”. Since then, he has helmed feature films including the
Sci-Fi infused “The Place Promised in our Early Days”, the fantasy epic
“Children Who Chase Lost Voices”, (released in the UK as “Journey to
Agartha”), and his first break-out mainstream success, “Your Name”.