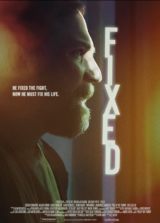 A Man With High Hopes.

First time feature maker Jez Alsop teams up with new writer Ryan Davis to bring us the gritty tale of one man’s night, as he tries to find redemption. Set in the underbelly of illegal bare-knuckle fights, what could possibly go wrong? You are about to find out.

A warehouse somewhere in Birmingham, late at night, and two men stand toe-to-toe and beat each other as hard as possible. One goes down, but he is not out. Daz (Nicholas Clarke, Are We Dead Yet) sees the situation and goes to one of the bookies and receives a wad of cash which he squirrels away in his rucksack, and leaves just as the downed man regains his feet and fells the other guy.

Cries of fix are shouted towards the back of Daz as he makes a dash for the door, he is out, but there is a baying mob after him. Daz is quick, but not quick enough as he is caught and given a kicking, and a stab wound for good measure.

He is dragged back to the warehouse and thrown into a store cupboard by Mark (Darren Tassell, Rise of the Footsoldier 3: The Pat Tate Story). He is accused of fixing the last three fights and Al (Dean Kilbey, Swiperight) wants his pound of flesh, and the ill-gotten gains Daz has acquired. 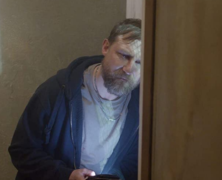 Now Daz with a smashed phone, a stab wound and just one shoe, must try and get himself out of the storeroom and meet his girlfriend Bonnie, make peace with his son and try and pull in as many favours as possible to break free.

When you are as much of a waste of space as Daz this could be a problem. This is his next few hours. Perhaps if he can fix his phone…

A strange, unique story that gives Nicholas Clarke a real chance to show off his solo acting skills, because this film is all about him. Cracking idea.

Fixed is available on Digital and Amazon Prime.