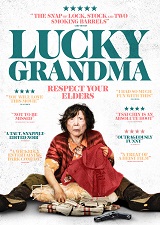 Lucky Grandma is written by Angela Cheng and Sasie Sealy, who also makes her feature directorial debut with this very well written and directed film. This innovative heist story throws out the current trend towards sentimental and stereotypical old dears and brings a truly badass chain-smoking Grandma to the fore.

“This is really good Grandma Wong! Carps jumping over the Dragon Gate! So auspicious! Your reward is coming!” 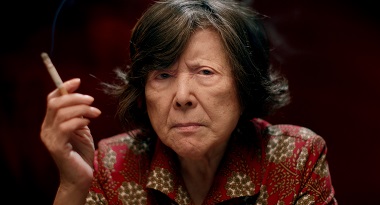 Grandma Wong (Tsai Chin – You Only Live Twice, Memoirs of a Geisha) has recently lost her husband. Her son Howard (Eddie Yu – Say, Reboot Camp) wants her to move in with him and his family, but she is fiercely independent and determined to stay in her own apartment.

After a trip to  her fortune teller Lei Lei (Wai Ching Ho – Daredevil, April Flowers) she believes that she is going to have a day of excellent luck, proved to her that very morning when she wins ten bags of rice for visiting her local bank. 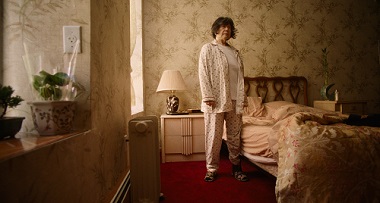 Spurred on by this, she empties her bank account and hops aboard the Golden Panda Express coach to her favourite destination, the casino. Here, it seems the prediction was correct, she cannot lose. That is of course until it comes to poker. Having gone all in and lost everything, she gets on the coach to return home empty handed.

Her luck hasn’t run out however, the man next to her appears to have died and when his luggage literally drops into her lap she discovers it is full of money. 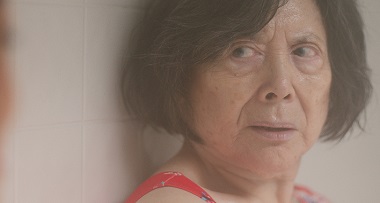 Although his neck tattoo identifies him as a member of the Red Dragons, she decides to take the money anyway.

Unsurprisingly, the Red Dragons are none too happy about it and send some goons to retrieve the money in the form of Pock Mark (Woody Fu – Pose) and his disturbing sidekick Little Handsome (Michael Tow – Blindspot). Realising she has opened a can of worms, she turns to another local gang for protection, the Zhongliang and ends up with the very personable Big Pong (Hsiao-Yuan Ha – Age of Rebellion) as her bodyguard. What follows is a hilarious game of cat and mouse in Chinatown. 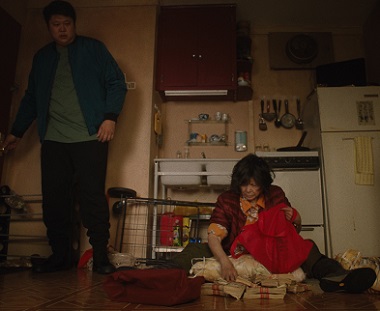 Lucky Grandma is a thoroughly enjoyable film. Tsai Chin is excellent as the chain smoking, hard hitting, no nonsense Grandma who always seems to be one step ahead of the game and lives her life very much on her own terms.

It’s a well thought out story with a surprisingly touching ending and absolutely well worth a watch.

“The Red Dragons are cowards. I heard they’re all impotent. You know, from the drugs.”