All You Need to Know.

Once again prolific director, producer, actor Jon-paul Gates (Brexit: the Will of the People, Love on Demand, The Doll Master, Red Army Hooligans, The Howling) brings us one of his in-depth documentaries. This time it is the ever present Vampires, are they true or are they pure fiction?

Jon-Paul hosts this short but concise documentary. He starts with whether Vampires are just folklore or whether they do have a place in history and are ever present in today’s underbelly of society. He goes on to mention the most famous of Vampires, Dracula the bloodthirsty man from fiction of TV and Film. 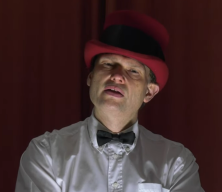 It starts a thousand years ago with the Italian adventurer Amborogio who sailed to Greece and somehow managed to annoy just about all the Greek Gods. So much did he annoy them they decided to curse him. Apollo placed a curse on his skin so that he could never be in sunlight, Hades took his soul, and Artemis made it so silver would also burn him, but she took pity on this lost soul and granted him super strength, speed and immortality. So this is how Amborogio made it back to his native Italy, where he brought to gather other people that wanted to be immortal. Over time they grew apart and split up. 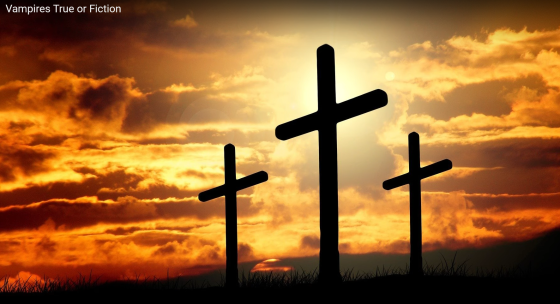 Mr. Gates then takes us into the literary existence of Vampires from Bram Stoker and Anne Rice amongst others. Also, the history of popular vampires in the TV medium from the 1970s through to the Naughties.  He finishes up with the more gruesome side of modern Vampires in the real-life murderers that were trying to extend their own life by eating various body part of their victims.

Mr Gates gives us a potted history of bloodsuckers, and he leaves nothing out.

Vampires True or Fiction is definitely something to get your teeth into.