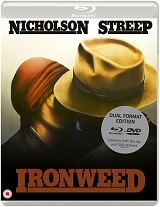 Ironweed was first released in 1987 and makes it’s UK Blu-ray and DVD debut in this Dual Format release courtesy of Eureka Classics. It is based on the Pulitzer Prize winning novel of the same name by William Kennedy who also wrote the screenplay. It was directed by Hector Babenco (Foolish Heart).

“I’m sorry boy. It wasn’t because I was drunk that I dropped you. All’s I’d had was four beers after I come home from work.” 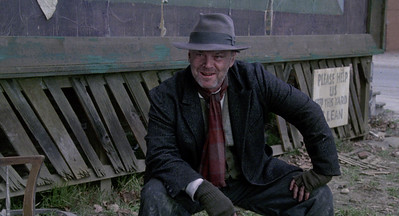 Set in Albany, NY. in 1938, Ironweed was (and indeed still is) a damning indictment of American society. It tells the story of Francis Phelan (Jack Nicholson – One Flew Over the Cuckoo’s Nest, About Schmidt), a former baseball player who has fallen on hard times. He left his family following a tragic accident, he dropped his baby son and he died as a result. Now he is a drifter, an alcoholic and a bum, sleeping rough and doing any jobs he can find to get money for booze. 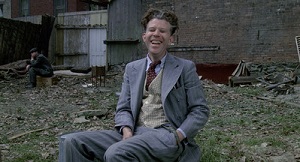 He is also haunted by the ghosts of men who he killed, prone to violent outbursts in public.

With him is his best friend Rudy (Tom Waits – Wristcutters, Seven Psychopaths), who is dying of terminal cancer. He spends his time with his old girlfriend Helen (Meryl Streep – Out of Africa, August: Osage County), a fellow alcoholic and sometime lover who is a former singer. The story takes place over the course of Halloween as they try to come to terms with their troubled pasts and find a way to make some sort of future for themselves. 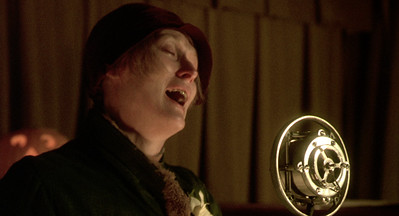 Ironweed is a truly remarkable film, however it is most certainly not for the faint hearted. It’s bleak and uncompromising portrayal of homelessness and deprivation is hard to watch and yet it is an important message.

The film is beautifully written, but what really makes it are the amazing acting performances. Jack Nicholson makes his character incredibly believable, angry and damaged, yet still trying to be compassionate and 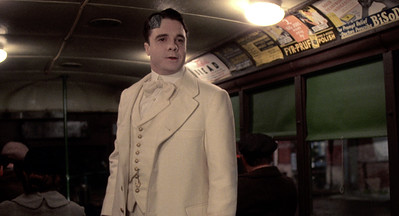 Meryl Streep makes a character that should be entirely unlikeable into someone you can relate to. The whole film is a very moving experience.

Not for everyone, but a compelling watch and well worth adding to your collection.

“I believe you die when you can’t stand it anymore. You take as much as you can and then you die.”

Ironweed is available to buy now on Dual Format DVD and Blu-ray.