Very disappointing this, only 3 stars. 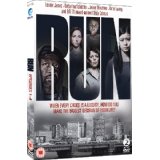 Run is a four part drama series, which claims to be a “dark and compelling drama“, painting a picture of modern-day urban life. Although it is presented as four stories which weave together seemingly unrelated people and their lives, the writers appear to have initially decided to try and do that and then, when they got to the last episode, just didn’t bother.

However, if you take each episode as a stand alone story they are compelling viewing. The script is well written and as you would expect given the cast, the acting is also very good. 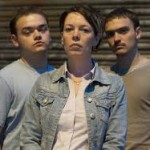 The first episode features Olivia Colman (I Give It A Year, Broadchurch) as Carol, a single mother struggling to make ends meet and keep her family together. When her sons commit a terrible crime she is faced with a choice; protect her family, or do the right thing?

The second episode is about an illegal immigrant named Ying (Katie Leung – Harry Potter, White Swans) who is trying to earn money selling illicit goods on the streets to pay off the gang who smuggled her into the country.

In the third episode we meet Richard (Lennie James – Snatch, Line of Duty), a heroin addict trying to stay straight in order to maintain some kind of relationship with his teenage daughter. 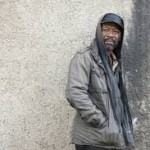 And the fourth and final episode tells the story of Kasia (Katharina Schuttler – Sophiiiie!, Truth Or Dare) a Polish immigrant whose world is turned upside down when her boyfriend is brutally murdered and she discovers he has been seeing a stripper (Jaime Winstone  – Made in Dagenham, Donkey Punch).

So, what is the connection between each of these stories? Well that is a very good question. Tenuous at best would be the answer, by about half way through the last episode it is becoming obvious that there will be no pulling together of the threads of this story – it simply fizzles out.

A real shame because Run had so much potential that simply wasn’t realised.

Run is available to buy now on DVD