4 stars of quality crazy penguin action for the little ones. 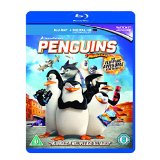 Penguins Of Madagascar is directed by Simon J. Smith (Bee Movie, Shrek) and Eric Darnell (based on the characters from his Madagascar series of films).

It follows on directly from the events of Madagascar 3: Europe’s Most Wanted, and features everyone’s favourite penguins in their very own spy thriller.

The film opens in Antarctica, with Skipper (Tom McGrath – Megamind), Kowalski (Chris Miller – Shrek) and Rico (Conrad Vernon – Shrek, Monsters Vs. Aliens) defying the laws of nature and rescuing an egg which is destined to be smashed. When it hatches, the egg is revealed to be Private (Christopher Knights – Flushed Away, Shrek), the final member of the dream team.

Jump to 10 years later and our intrepid penguins have decided leave the circus and celebrate Private’s birthday by breaking into Fort Knox and treating him to the now obsolete Cheezy Dibbles which they still have in their vending machine in the break room.

However, the plan goes awry when the vending machine kidnaps the penguins and whisks them away to venice, the hideout of the evil Doctor Octavius Brine (John Malkovich – RED, Being John Malkovich), a.k.a. Dave the Octopus.

After a frantic and very entertaining chase through the streets and canals of venice, they are eventually rescued by the North Wind, a very stylish organisation run by the charismatic wolf Classified (Benedict Cumberbatch – August: Osage County, The Hobbit: An Unexpected Journey), along with his trusty companions, Short Fuse (Ken Jeong – The Hangover), Corporal (Peter Stormare – 22 Jump Street, Fargo) and Eva (Annet Mahendru – The Americans).

Together this unlikely band must take on Dave and prevent him from executing his dastardly plan to take revenge on all of penguin kind. 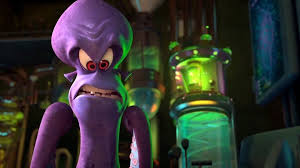 This spin off is every bit as enjoyable as you would expect from part of the Madagascar franchise and retains all the cuteness and comedy that is a trademark of the characters.

So many times while watching this film, I thought to myself these voice actors are having way too much fun at work, and it’s that element of fun which adds to the enjoyment. There are lots of one-liners (and high-ones) and quite a few laugh out loud moments, just what you want to sit down and watch with the kids.

Highly recommended, worth adding to your collection, but be warned, you may well find yourself being forced to watch it over and over again. 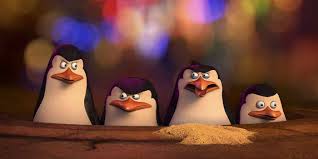