3 stars of mild peril in the woods. 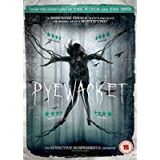 Pyewacket is written and directed by Adam MacDonald (Backcountry) and is a Canadian production from the producers of modern horror classics The Witch and The Void.

“Your friends are losers Leah, like you are becoming. I give up.” 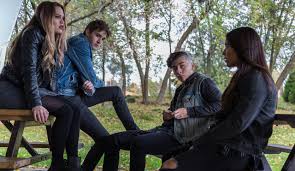 Leah (Nicole Muñoz – Gregoire, Tooth Fairy) is a teenage girl struggling to come to terms with the death of her father. She has turned to her friends for solace and between them they have developed an interest in the occult.

Social outcasts, they rely on each other and she has also fallen for Aaron (Eric Osborne – Degrassi), much to the annoyance of Rob (Romeo Carere) and the amusement of her best friend Janice (Chloe Rose – Teenagers, Hellions). 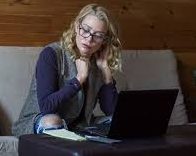 Her life is turned upside down when her mother (Laurie Holden – The Walking Dead, Silent Hill) decides she can no longer live with the memories in their home and moves them to a remote house in the woods, an hour away from her school and her friends.

Angst ridden and feeling desperate after an argument in which her mother crosses the line, Leah turns to what she knows, the occult. She performs an extremely elaborate ritual in the woods in order to summon “Pyewacket”, an evil spirit which she requests to get rid of her mother. Wracked with guilt and being a fickle teenager, she soon changes her mind, but is it too late to stop this force she has awakened? 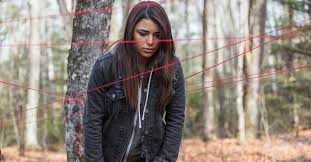 Pyewacket is an entertaining film to watch and although it has plot loopholes you could drive a bus through, it is quite well written and well acted and it does build a certain amount of tension. It is also an interesting look at the dynamic between mother and daughter and a cautionary tale about the dangers of meddling in the occult.

“Every time I look at you I see your father’s face. God, I wish I could just rip it off.”