4 stars for this hilarious and heartwarming romantic comedy. 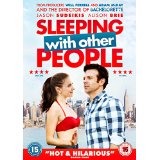 Sleeping With Other People is written and directed by Leslye Headland (Bachelorette) and it’s producers include the brilliant Will Ferrell (Anchorman, Step Brothers) and Sidney Kimmel (The Lincoln Lawyer, I, Frankenstein). 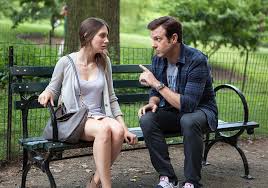 What Jake discovers, after mounting a rescue, is that she is looking to lose her virginity to Matthew and in the name of public service and because he is also a virgin, he is more than happy to take his place. 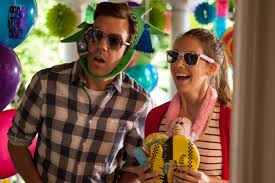 And now we skip 12 years into the future. Jake is bouncing from one failed relationship to another due to his being a womanizer and Lainey is in a relationship but is repeatedly cheating on her boyfriend with the amazingly boring Matthew Sobvechik, who is now a gynaecologist.

They bump into each other at a meeting for sex addicts, having not seen each other since that first night and gradually begin to form a strong friendship which will hopefully help both of them overcome their difficulties in forming lasting and monogamous relationships. That is providing that they can keep their hands off each other and answer the age old question of whether men and women really can be friends. 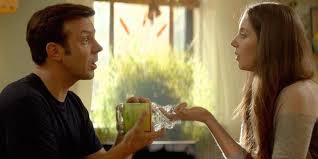 Sleeping With Other People is laugh out loud funny from start to finish. It is packed with witty one liners and the whole thing is just so good natured that it’s guaranteed to put a smile on your face. It is very much like When Harry Met Sally for adults, the concept is similar, but the content is much more explicit about sexual matters. 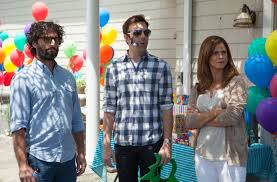 The performances are also brilliant, the chemistry between Jason Sudeikis and Alison Brie is almost palpable and Adam Scott is perfect as the almost personality free Matthew Sobvechik. Also brilliant are Jason Mantzoukas (Dirty Grandpa) as Jake’s business partner and best friend and Andrea Savage (The Hotwives of Las Vegas) as his wife Naomi. Their little segment during the credits makes the film for me.

A great film, really well written and funny, perfect for a girly night in and well worth adding to your collection.

“Sex is like kissing with your entire body. Very sensual experience. It’s like shooting heroin in a controlled yet moist environment.”

Sleeping With Other People is available to buy on DVD from 22nd February 2016.