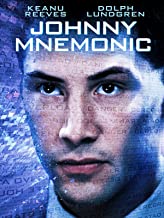 The Future is Here

When William Gibson (The X Files, The Gernsback Continuum) wrote his short story of a man who transports information stored in a hard-drive located in his skull, the year 2021 seemed so far away. But yet here we are looking back at the future, in this dystopian tale of the Hi-teks and the Loteks, and a man stuck in between during the Info Wars.

By the second decade of the 21st Century things have changed. It is corporations that run country’s, and they are ruthless. The haves have it all and those that don’t, rummage around in the detritus discarded by the Hiteks. To top it off there is a plague ravaging the Loteks NAS, a fatal disease that is affecting the Loteks due to knock-off cybernetic implants. 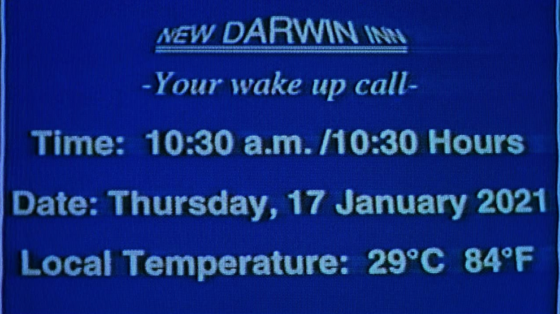 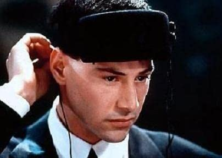 Johnny (Keanu Reeves, Henry’s Crime, Knock Knock, Siberia, Exposed, John Wick Chapter 2, Bill and Ted’s Excellent Adventure, Bill and Ted Face the Music) hears the alarm and wakes up to a new day and hopefully a new job to set him up for retirement in the means he has

become accustomed. Johnny is a trafficker of information, this information is stored in a wet-wired hard drive within his skull at the cost of his childhood memories.

The person who can get Johnny his next job is the shady character Ralfi (Udo Kier, Puppet Master: The Littlest Reich, Iron Sky: The Coming Race, The Strange Case of Dr. Jekyll and Miss Osbourne) who does have a job for him, a big score in Beijing, but has Johnny had the upgrade Ralfi told him to get? Johnny comes with a 80Gb hard drive, but now he can double-space it to 160Gb, that should be plenty.

Do not exceed capacity!

We see a very professional looking Johnny arrive in Beijing, and it is chaos on the streets as people are rioting about NAS, and they are up against the corporation riot squads.

Johnny makes his way to his rendezvous in a hotel room, on the way he doubles up his memory capacity.  When he meets his clients they are anything but professional business people.

They are insistent that their package must be delivered and the money is well worth the risk he thinks, until he finds out the package is twice the size of his capacity. However if he can get the information delivered within twenty-four hours he could get ‘all’ his memories back.

Along his arduous journey Johnny will come across the independent bodyguard Jane (Dina Meyer, Starship Troopers, Saw), her cyber doctor Spider (Henry Rollins, Heat, The Last Heist), and the leader of the LoTeks J-Bone (Ice-T, Tank Girl, Stealth Fighter). What is inside Johnny’s head?

Strap in for this futuristic ride into cyberspace as this classic look at the future comes up to date with this HD Digital release. Love that they still have the Concorde flying in 2021.