4 star disturbing tale of the girls who killed for Manson. 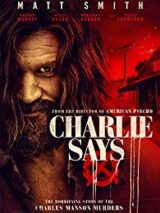 Charlie Says is directed by boundary pushing director Mary Harron (American Psycho, The Notorious Bettie Page). It is written by Guinevere Turner (Go Fish) and based upon the books “the Family” by Ed Sanders and “The Long Prison Journey of Leslie Van Houten” by Karlene Faith. It is presented on Amazon Prime Video 2nd April courtesy of Signature Entertainment.

“Many people I know in  Los Angeles believe that the sixties ended abruptly on August 9. 1969.

Charlie Says is a fascinating film which tells the story of Charles Manson’s lesser known victims, the three girls he brainwashed into killing for him. 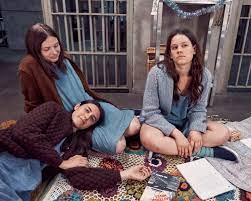 Three years after the murders, the death penalty has been lifted, leaving the California Institute for Women with a problem.

“No-one belongs to anyone, except for Charlie. We all belong to Charlie. I thought that was pretty far out. Every girl should have a Daddy like Charlie.” 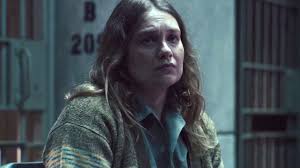 Known as the ‘Manson Girls’ they are deemed to be unfit to release into general population and warder Miss Carlson (Annabeth Gish – Sons of Anarchy, The X-files) fears they will rot away in their cells, passing their brainwashing back and forth. She enlists the help of Karlene (Merritt Wever – Signs, Birdman) a prison teacher who wants to try and get through to the girls. They don’t seem to have any remorse and she wishes to make them understand the enormity of their crimes. 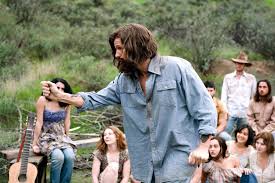 All this is interspersed with their time with Charles Manson (Matt Smith – Pride & Prejudice & Zombies, Doctor Who) at the Spahn ranch, as he indoctrinates the members of his cult with incomprehensible Beatles references. But how did one man manage to turn three intelligent all-American young women into the cold blooded murderers of Sharon Tate (Grace Van Dien – The Binge) among several others?

“Charlie says it’s not a day for working, so we’re just being today.”

Charlie Says is a very interesting film, taking on this infamous tale from a completely different angle. Matt Smith is superb as Manson, disturbingly so and all the acting performances are excellent. 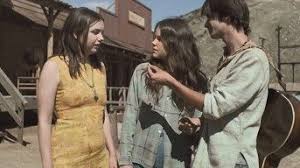 Although they could have delved a little more in depth as to how he really turned all these young people, it’s still an eyeopening film and a testimony to the power that a charismatic individual can wield over others. A compelling look at an American cult-leader and serial killer who never actually killed anyone with his own hands.

Thought provoking and well worth a watch.

“I just want to remind them, if I can, of who they were before they met Charlie Manson. I just want to give them back themselves.”