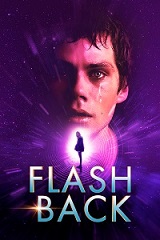 Flashback, originally called The Education of Fredrick Fitzell is a Canadian horror/thriller, written and directed by Christopher MacBride (The Conspiracy). It’s his second feature film and demonstrates great talent for both storytelling and direction.

Imaginative and complex, this is a film that needs to be watched multiple times to get the full effect of the story.

“I’ve been remembering things recently. It’s just one night we were all on Merc. And I can’t shake the feeling that something bad happened to her, you know? And we all forgot.” 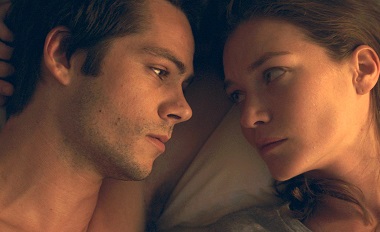 Frederick Fitzell (Dylan O’Brian – The Maze Runner, Deepwater Horizon), Fred to his friends, is a young man who’s life seems to be on the up. Despite his mother being terminally ill in hospital, with no memories of him left, he has a nice girlfriend Karen (Hannah Gross – Mindhunter, Joker) who is helping him through it. 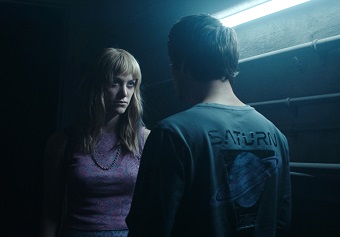 He has also just started a new job in data analytics and seems to be doing well. One day however, he runs into a homeless man in the street who utters strange words to him. They seem to trigger long suppressed memories in him, back to his school days a decade earlier.

During his final year, there was a designer drug called Mercury doing the rounds and he and his friends were heavily involved with it. He starts to remember Cindy (Maika Monroe – Independence Day: Resurgence, It Follows), a girl from his class who missed her final exam. 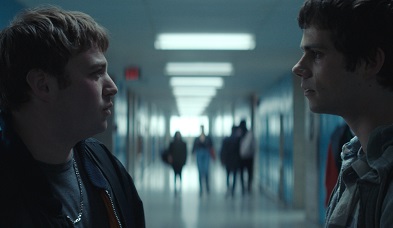 He realises he doesn’t remember seeing her after that and contacts old friends Sebastian (Emory Cohen – The O.A., Brooklyn) and Andre (Keir Gilchrist – Atypical) to see if they know where she is.

Their investigations lead them to one night when they decided to try pure Mercury and a series of nightmarish revelations about their lives.

Flashback is a very interesting film, to be watched when you are able to give it the full concentration required. 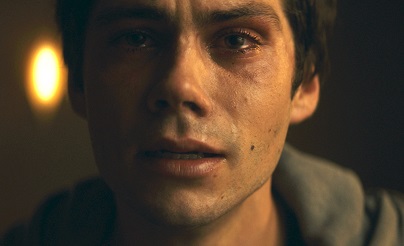 The way that it is all cut together is genius and makes just a little more sense each time you watch it, the first time you miss lots because you don’t realize what is important.

The acting is excellent and they manage admirably with a fast paced and complex story. Be aware that there are a lot of strobing effects which can affect some viewers, so caution should be applied.

A great sci-fi thriller and one which is most certainly worth several watches.

“I don’t know if we’ve ever had a conversation when we weren’t on Merc. It’s like you only exist when I’m on this drug.”