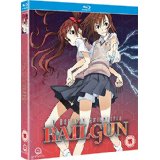 A Certain Scientific Railgun is a spin off from A Certain Magical Index, created by Kazuma Kamachi,  made by the studio J.C. Staff (Okami-san and her Seven Companions) and directed by Tatsuyuki Nagai (Toradora!).

The story this time centres around Mikoto Misaka (Brittney Karbowski – Jormungand), a fairly important character and rival of Touma Kamijou in A Certain Magical Index. 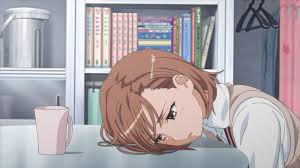 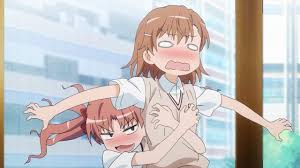 Her life seems to be an ongoing battle, not least with her roommate Kuroko Shirai (Alison Viktorin – Space Dandy) who is completely besotted with her and obsessed with trying to sneak her aphrodisiacs. She is also always trying to persuade her to wear panties rather than shorts under her skirt. 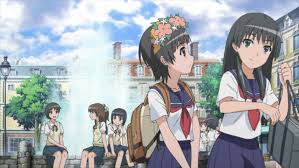 Kuroko is a member of Judgement, a group consisting of highly trained students devoted to maintaining law and order in Academy City. She arranges for two of her friends who are big fans of Misaka to meet up with her and to the surprise of all concerned the four become firm friends. Kazari Uiharu (Cherami Leigh – Sword Art Online II) is a fellow member of Judgement and Ruiko Saten (Brina Palencia – Good Luck Girl) is a Level 0 Esper, desperately trying to find her Esper ability.

A Certain Scientific Railgun is available to buy now on Blu-ray and DVD.