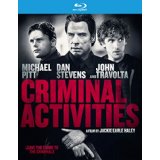 From actor and first time director Jackie Earle Haley (Watchmen) and first time writer Robert Lowell comes a tale of what happens when the proverbial hits the fan (no spoilers).

High school friends all meet up at the funeral of an old school mate who had fallen down on his luck and ended up under a bus.

Three friends, Zach (Michael Pitt, Funny Games), Bryce (Rob Brown, The Dark Knight Rises) and Warren (Christopher Abbott, All That I Am) agree to meet up in a bar to chew the fat about the old days and what could have gone wrong in Matthews (Chris Haley) life. They discuss the demise of their friend and what is going on in their own lives until their old whipping boy Noah (Dan Stevens, Vamps) turns up.

Noah fits back into being Zach’s play thing, but then Noah suggests a recreational smoke, which goes down well. In the car they start talking about opportunities and how not to miss them. This is when Bryce  mentions about some dodgy dealings that his cousin had been doing and receiving shares in Bidexco pharmaceuticals and that they are about to announce a big breakthrough soon and they can all be a part of it for a cool $200,000. Warren and Zach don’t have that sort of money and Bryce isn’t that flush either, but Noah says he has it and the others believe him as his recently departed father was a very wealthy man.

But just one month later the floor falls from beneath the friends feet when it is announced that the CEO of Bidexco has been arrested and the shares are now worthless. Zach is forced into a trunk by Gerry (Jackie Earle Haley, Watchmen) and his muscle Little Mike (Christopher Jay Gresham, The Bride & The Grooms). After a little ride Zach is dropped off and told to be at the Royal Hotel at 3pm with the rest of his friends.

The four turn up as directed and they meet Eddie Lavado (John Travolta, The Forger) a mobster and the man that funded their misplaced shares investment, all to their suprise as they thought it had been Noah who had fronted the money. Eddie informs them that their debt is now $400,000. There is no way that they can pay that back, but Eddie has a solution to their dilemma. They are to kidnap a local hoodlum and hold him for 24 hours so that a trade can be made to get his kidnapped niece back. This hoodlum is Marques (Edi Gathegi, Twilight). 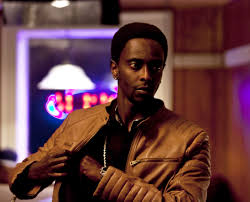 Reluctantly the four agree and the film is set.

Marques is an astute criminal and soon has the foursome pegged as not criminal masterminds.

What we have now are mind games as Marques offers each of them in turn lots of money for his release, or will the four amigo’s stay stalwart and see the 24 hours out? Cracks start to appear as Zach believes his fiancée Janie (Morgan Wolk, The Perks of Being a Wallflower) is seeing someone else and Noah keeps messing up.

A great mob film with a great ending, a definite for your mob DVD and Blu-ray collection.