We gorged ourselves on each amazing 30 minute episode with “oohs and ahs and oh my god that’s amazing” at every frame turn. 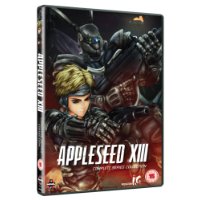 We see City-Olympus bathed in beautiful sunlight. World War 5 is over, Planet Earth has avoided a nuclear holocaust and Olympus has become the centre of the World and the human race is under the eye of the Bioroids (Human Clones made from only the best DNA) and they are working towards a human utopia.

But not everyone is happy with this idea. Some despise the very idea of the Bioroids, The Human Liberation Front for one and their very heavily armoured allies the Argonauts who live on a self-propelled city-Fortress.

To help protect Olympus are the pair of E.S.W.A.T. special agents Deunan Knute, (Luci Christian, One Piece Movie: The Desert Princess and the Pirates: Adventures in Alabasta- Nami) a human, and her partner and lover the cyborg Briareos Hecatpnchires, (David Matranga, Horizon in the Middle of Nowhere II) . 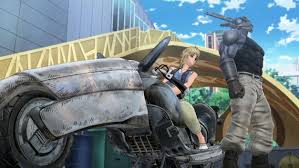 These are just a few of the things that they fight on a daily basis and at a moments notice as they use their down time to try and find Eden somewhere in the blasted wasteland. 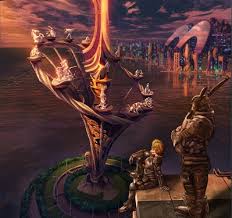 The 13 Episodes are based around a statue in the centre of the city depicting the Twelve Labours of Hercules and this is the downfall of the series.

After our initial gorging we slept on it with thoughts of the beauty of the thing. But upon waking I thought what the hell was it all about.

Appleseed XIII would have been a solid 5 Stars if I could have remembered anything about the story.

I don’t feel let down or disappointed  because you just look at it and go wow.

This is the best “EYE CANDY” by far.

Available on DVD and Blu-ray Now.