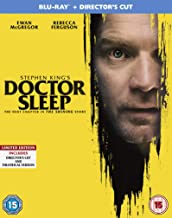 Doctor Sleep is based on the 2013 novel of the same name written by Stephen King (Castle Rock, Pet Sematary) which is a sequel to his 1977 novel The Shining. It also serves as a sequel to Stanley Kubrick’s 1980 film adaptation of the book. It is written and directed by Mike Flanagan (Gerald’s Game, Oculus).

“Speaking of special. You’re a little magic too, aren’t you?” 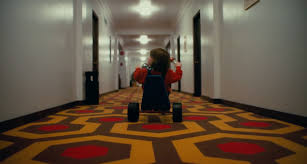 The film opens in 1980, when a small boy named Danny Torrance (Roger Dale Floyd – Kronos) is fleeing for his life from his deranged father and the menacing Overlook Hotel. Some time after his escape he is reunited with Dick Halloran (Carl Lumbly – Alias), who teaches him a trick to control the spirits which still reach out for his Shining.

At the same time, a young girl named Violet has an encounter with a strange woman, calling herself Rose the Hat (Rebecca Ferguson – The White Queen, The Greatest Showman) and is subsequently reported missing. She has fallen victim to the True Knot, a nomadic group of psychic vampires, who feed on the “steam” produced when a child with the Shining is tortured and killed.

Move forward to 2011 and Dan Torrance (Ewan McGregor – August: Osage County, The Island) is still wrestling with the trauma he suffered as a child. Now an alcoholic, he feels his life is spiralling out of control and hits the road, ending up in a small town in New Hampshire. His luck seems to have changed, he meets local man Billy (Cliff Curtis – Sunshine, Training Day), who takes him under his wing, finding him a place to stay and helping him to join Alcoholics Anonymous. He also finds work at the local hospice, where he can use his Shining to bring some comfort to the dying.

It’s now 2019, and Dan has his house back in order. Things aren’t going so well for the True Knot, as the “steam” is running dry and they are slowly starving. It is then that they get wind of an incredibly powerful teenager, Abra (Kyliegh Curran – I Can I Will I Did), whose power they wish to harvest. Abra and Dan must work together to try and stop them before it’s too late. 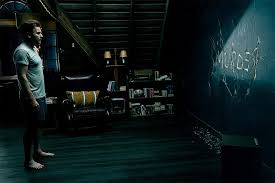 Doctor Sleep is an excellent film, very enjoyable to watch. It has plenty of scary moments and taps into the long standing psychological impact of the 1980 Stanley Kubrick film. It successfully combines elements of Stephen King’s story with the very different film adaptation which everyone now associates with the story. The end result is surprisingly cohesive, well written and with excellent acting and although it differs greatly from the book this does not detract from the story, rather enhancing it. Its visits to the iconic scenes from the original film are extremely satisfying.

A must own for fans of horror and Stephen King alike, a great addition to any collection. I would recommend the Blu-ray or 4K releases as the DVD does not have any special features.

“World’s a hungry place. Now, the darkest things are the hungriest and they’ll eat what shines.” 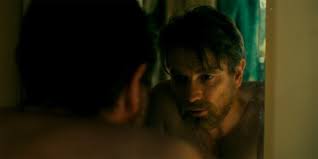 Doctor Sleep is available to buy now on DVD, Blu-ray and 4K.