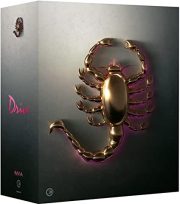 This dark and brooding neo-noir film comes from first time writer James Sallis, and adapted for the screen by Hossein Amini (Snow White and the Huntsman, Obi-Wan Kenobi (TV Mini Series)). Directed by Nicolas Winding Refn (Valhalla Rising, Only God Forgives) he brings the noir genre in to the age of fast-food and faster cars. Ryan Gosling (La La Land, Blade Runner 2049, First Man) takes on the role of the man of few words as we plummet down the road of death and destruction.

There’s a hundred-thousand streets in this city. You don’t need to know the route. You give me a time and a place, I give you a five-minute window. Anything happens in that five minutes, and I’m yours. No matter what. Anything happens a minute either side of that, and you’re on your own. Do you understand?

Good. And you won’t be able to reach me on this phone again.

It is dark as a car pulls up in an industrial area, two masked men spot the car and start their robbery. The driver (Ryan Gosling) with his driving gloves and a toothpick starts his five-minute timer. He waits patiently as the robbers disappear into their chosen door.

r any sign of their nefarious actions. The other one takes ages to come out as the timer runs down. They are off, and the authorities have been alerted, but the driver is confident in the fact that his agent Shannon (Bryan Cranston, Breaking Bad (TV Series), Larry Crowne, Godzilla) has set him up with the most popular car in the city.

After successfully making their getaway, he heads to his apartment where 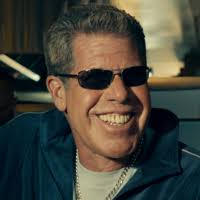 encounters his neighbour Irene (Carey Mulligan, Suffragette, Far from the Madding Crowd) and her little boy Benicio. During the day, the driver works for Shannon at his garage or as a stuntman, as he has flair behind the wheel. This ability to drive fast and accurately gives Shannon an idea, he makes a deal with Bernie (Albert Brooks, I’ll Do Anything, This Is 40) and Nino (Ron Perlman, Hellboy, Star Wars: The Clone Wars, Sons of Anarchy) to buy a racecar and get the driver to win races and earn them all a lot of money.

That is the drivers’ first problem, his second problem is that Irene’s husband Standard (Oscar Isaac, Ex Machina, Star Wars: Episode VIII – The Last Jedi) has just got out of prison,. His third problem is that Standard owes a lot of money for his protection whilst in prison to Chris Cook (James Biberi, Dead Man Down, Man from Beirut). Standard has to rob a pawn shop, $40,000 to pay back Cook, to make sure he does as he is told he sends along Blanche (Christina Hendricks, Mad Men (TV Series), The Neon Demon).

A lot of guys mess around with married women, but you’re the only one I know who robs a joint just to pay back the husband. Crazy.

This a Film-Noir, so you know no-one is going to come out smelling of roses, Drive is one-hell of a ride. Now on Limited Edition 4K UHD, it is a must own for the petrol head and the noir fan in your home.