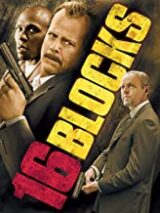 After spending many years cutting his teeth on directing TV shows, Richard Donner shot to well deserved directing stardom with The Omen, Superman, Ladyhawke, The Goonies, Timeline and the Lethal Weapon series of films. With thirty years of directing under his belt, he directs a man at the top of his game Bruce Willis (LOOPER, Anti-Life, Extraction, Sin City 2: A Dame to Kill For, Marauders) who plays a cop who is about to have a very hard day on the job.

“It’s Detective Jack Mosley, shield number 227. I guess this will be my last will and testament. This is for Diane. When this day is over, they’re gonna come and talk to you about this, and they’re gonna… gonna tell you what happened, Diane. But what they tell you is not really what happened here. So I hope that you get this. I was trying to do a good thing. “ 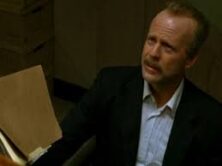 Detective Jack Mosley (Willis) isn’t in the best of form, as years of alcohol abuse and late shifts have taken their toll on this middle-aged man. He has just pulled an all night shift and is about to leave the building when his lieutenant Kincaid (Scott McCord, Blood Honey) wants him to pick up a guy from the cells and get him to court. He says he is the only man in the building that is free, as the other guy is stuck in traffic. But with no booze in his desk drawer, Jack has more important things on his mind.

One hundred and eighteen minutes to get a little haemorrhoid, sixteen blocks.

Reluctantly, he takes the case and heads down to get a car. Off he goes to pick up his haemorrhoid Eddie Bunker (Mos Def (Yasiin Bey),  The Hitchhiker’s Guide to the Galaxy, Be Kind Rewind), who thinks he is waiting for a suit to arrive for him to wear at

court.  Jack is running on fumes, and he wants to get on with the job, so out comes Eddie and Jack whisks him off to his car and heads for the court. The traffic is as bad as he had been told and whilst in the queue, Jack spots a liquor store and pulls over. He gets out leaving a very talkative Eddie handcuffed in the backseat.

Unbeknownst to Jack or Eddie, they are hot property and the last thing the hunters want is for Eddie to make it to court. The people tailing them are cops, but not good cops, they want Eddie dead by any means and the fly in the ointment is Jack. Eddie on the other hand just wants to testify and then get to Seattle where he can meet his estranged sister and start up a baking business.

Every day is someone’s birthday.

Jack buys a bottle of alcohol and takes a swig, before heading back to his car. But the bottle is dropped, and a shot is fired as a guy is

trying to get at Eddie. This is Jacks day keeping ahead of his fellow police officers, including his ex-partner of twenty odd years

Frank Nugent (David Morse, Twelve Monkeys, The Hurt Locker), and Jack thinks this goes right to the top of his precinct.

Can Jack get Eddie to the court on time, the clock is ticking, and the guns are firing. Riveting Action

16 Blocks is available on Digital Platforms and Amazon Prime