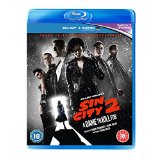 We have eagerly awaited the follow on from the 2005 smash release of the New-Noir that was Sin City. 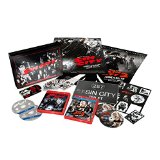 This Festive release comes with the all singing all Nancy dancing (excellent Christmas Present) release of the Sin City: Ultimate Killer Deluxe box set and a Steelbook. Frank Miller changed the way the world viewed graphic novels and the way green-screen movies could explode onto the cinema screen (Sin City, The Dark Knight Returns, Ronin and 300). Along with Rodriquez (Once Upon a Time in Mexico), they have created an astonishing and gripping tale of murder and survival.

This sequel follows its predecessor in the same vein as separate stories, all centred around the lawless Basin City where everybody fears for their life unless you’re the one on the top of the stinking pile of putrid filth that is the

We start with “Just Another Saturday Night” and finish with “Nancys’s Last Dance” With “The Long, Bad Night” and the central story “A Dame to Kill For.”

We see the return of Marv (Rourke, Iron Man 2) as he comes round, from what he knows not. But he is surrounded by dead youths and a crashed police car and he is overlooking the Projects. He has no memory but it is Saturday night so he must have been in Kadie’s Saloon to see Nancy (Alba, Fantastic Four) dance. With the aid of his fellow Projects residents he finds the other youths who were burning a homeless person alive, he also finds out the type of coat he always wears but not how he acquired it.

Johnny (Levitt, Looper) is the new gambler in town, he is here to make money, lots of money and he wins big on the slots. This gives him his stake to

join the big game, the game run by Senator Roark (Boothe, Avengers Assemble). This is a grudge match as Johnny wants to take the crown from Roark as the king of poker and Roark doesn’t want to lose to this illegitimate punk and when Johnny beats him it goes bad for him and he has to go to the Dr’s (Christopher LLoyd, The Witches of Oz) which takes all his remaining money and his shoes, but a sympathetic waitress (Gaga). 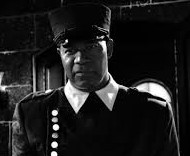 “A Dame to Kill For” is the main stay of the film and it has Dwight (Brolin, No Country for Old Men) running a straight and narrow life as a private detective, but when he runs into his old lover Ava (Green, Casino Royale), his life returns to its old ways as he has to do the bidding of his ex and try and survive Manute (Dennis Haysbert, Heat).

And Nancy is still obsessed with Hartigan’s (Willis) selfless suicide. 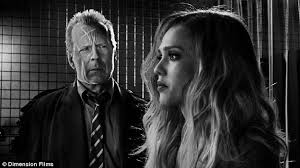 What we have here is a masterpiece of its genre and with all the formats covered this is the release we have all been waiting for.

Available to Order on DVD, Blu-ray and Steelbook Now.