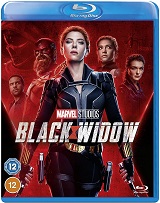 In true Marvel style, Phase 4 of the Cinematic Universe comes crashing onto our screens in dramatic fashion with Black Widow. Directed by Cate Shortland (Somersault, Lore) and with a screenplay by Eric Pearson (Thor: Ragnarok, Godzilla vs. Kong), this film is set between the events of Captain America: Civil War and Avengers: Infinity War and takes a look at the story of Natasha Romanov (Scarlett Johansson – Ghost In the Shell, Lucy) a.k.a. Black Widow.

It is worth a mention that if you are not following the Cinematic Universe in any kind of order then this would be a very entertaining watch as a stand alone. If you are watching them in order however, do avoid the temptation to watch this after Captain America: Civil War as you will find a massive spoiler after the credits.

“Girls. Remember when I told you that one day we would have that big adventure? Well, today’s the day. Alright, let’s go.” 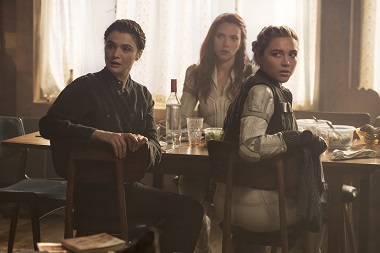 It’s Ohio 1996 and two young girls, Natasha (Ever Anderson – Resident Evil: The Final Chapter) and her younger sister Yelena (Violet McGraw – Doctor Sleep, The Haunting of Hill House) are playing outside together. Their mother Melina (Rachel Weisz – The Light Between Oceans, The Mummy) calls them in for dinner, but when their father Alexei (David Harbour – Stranger Things, Suicide Squad) comes home, he has bad news, they have to leave and quickly. It seems their little family was actually a Russian Sleeper cell, hiding in plain sight. With their mission successfully concluded, the girls are taken by General Dreykov to the Red Room to be trained as assassins. 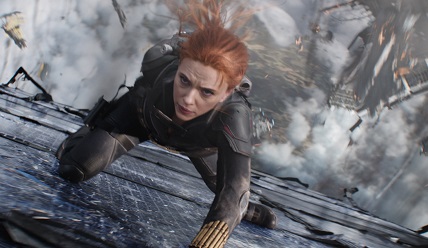 21 years later and we see Natasha, now on the run from the authorities after a breach of the Sokovia Accords and division among the Avengers. She flees to Norway with the help of Mason (O-T Fagbenle – The Handmaid’s Tale, Maxxx), who sets her up with a trailer and all her basic needs. He also brings her a box of mail and personal effects from the Budapest safe house in which she has no interest. When her generator packs in, she heads off to town, taking with her the box of rubbish.

“Fanny Longbottom? What are you, twelve?” 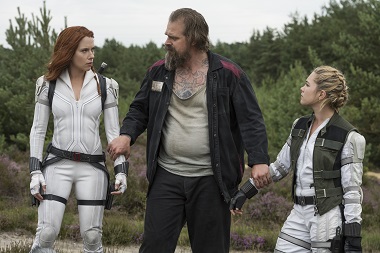 On the way, she is attacked by a mysterious assailant, a robotic fighter, known as the Taskmaster, a very powerful opponent. It soon becomes apparent that what it is after is a box contained in her mail. She manages to escape with the contents, a number of red vials, which she realises was sent by her sister Yelena (Florence Pugh – The Falling, The Commuter). She heads to see her and although not keen to trust one another, they realize that they must join forces. 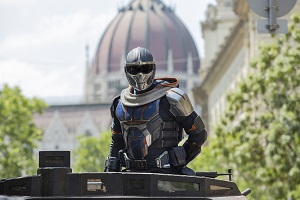 Natasha had believed that she killed General Dreykov (Ray Winstone – Beowulf, Cats), however Yelena reveals that not only is he alive but the Red Room is still active and now chemically controlling young women. Can the two sisters stop him before it is too late?

Black Widow is a highly entertaining film, packed with action and Marvel’s trademark self-deprecating humour. The special effects are nothing short of breathtaking with plenty of fight scenes and a lot of stunning scenery and action sequences. We also have the obligatory car and motorbike chases as well as some brilliant runway action. 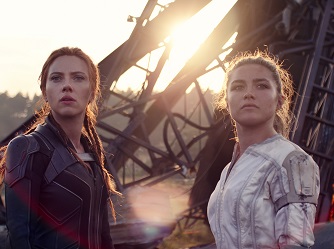 The script is really well written and as ever the acting is superb. It’s great to see more of a back story for this character and it helps to explain a lot. It also ties in very nicely at the end. As with any Marvel film, make sure to watch to the end of the credits. A great start to Phase 4 and I can’t wait to see what Marvel has in store for us next.

A must own for fans of the franchise and well worth adding to your collection.

“You both have killed so many people. Your ledgers must be dripping, just gushing red. I couldn’t be more proud of you.”