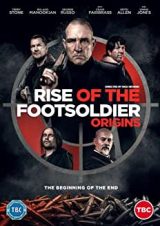 Birth of a Crime Lord.

Margaret Thatcher is Prime Minister, and we have fallen out with Argentina when they invaded the Falkland Islands. Now it is the 14th of June 1982 and the Argentinians have surrendered, and our troops are arriving back in the UK.

It is at this time that Tony Tucker (Terry Stone, Rise of the Footsoldier, Rise of the Footsoldier 3: The Pat Tate Story, Bonded by Blood) is down on his luck, but his sense of good is in the right place, his fists. While out on the town with a few mates, he sees some geezer giving a guy and his girlfriend a load of hassle. When the assailant starts battering the innocent guy, he jumps in and sorts out the aggressor. In all the commotion, the victim has swallowed his tongue and Tony manages to sort it out before the police sirens are heard approaching.

Tony is off to the gym when two big guys stop and ask him who he is, when a Roller pulls up  and one of the guys opens the door for him. Inside is an elderly  gentleman who 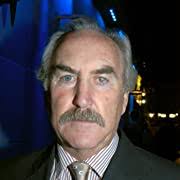 introduces himself as Ian Jarvis (P.H. Moriarty, The Long Good Friday, Lock, Stock and Two Smoking Barrels) and hands over Tony’s wallet that he lost during the fight. Ian is very happy with Tony as the young guy he saved last night is Ian’s grandson, and he says if you ever need a favour Ian will sort it out.

I could do with a job.

Here we go, as Ian owns the Hollywood nightclub in Romford. He gives Tony a job on t

he door. It doesn’t take long for Tony to notice something is going on as head bouncer Adam is seen talking to the guy that beat up Ian’s grandson. When the guy tries to get in the club, Tony stops him, Adam pipes up that he is with him and can come in. Tony uses his fist once again.

He ain’t coming in now is he.

With that information, he goes to Ian and informs Ian that his bouncers should have his back and not try to screw him over. When confronted by this allegation, Adam finally admits his was trying to get money out of his grandson.

What do you think I should do?  Simple, Ian, give me control of the door.

Wham, Tony has got the break he was waiting for, running the doors of the Hollywood. Now he recruits his own crew, and they all get into training. This all takes place just as the rave scene is just getting going, and Tony sees an opportunity to get the punters in.

Let girls in free before ten.

Across Essex in Basildon at ‘Raquel’s nightclub, owner Dave Simms (Keith Allen, Kingsman: The Golden Circle, Shallow Grave) is dismayed, his club is going downhill due

to his bouncer letting football hooligans, come drug dealers into the club. He needs someone to sort this problem punter ‘Basildon Joe’ (George Russo, Villain, The Marine 6: Close Quarters) that person is Bernard O’Mahoney (Vinnie Jones, Snatch, X-Men: The Last Stand) and he is going to sort things out for Dave, and what Dave wants is what Ian has… Punters, lots of punters.

Rise of the Footsoldier: Origins is what you expect from writer/director Nick Nevern. Essex, violence, drugs and more violence. A must if you are a fan of this franchise, or genre. More use of the ‘C-word’ since Derek and Clive Live (Peter Cook and Dudley Moore). Deals will be done and noses will be broken.

Rise of the Footsoldier: Origins is available on DVD and Blu-ray and in Cinemas