5 stars for this hilarious and brilliant sci-fi anime conclusion. 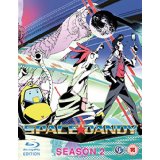 This second series continues and completes the story of the crew of the Aloha Oe and comprises episodes 14 – 26. Dandy (Ian Sinclair – Ben-To, Karneval) is a handsome and debonaire alien hunter, who travels the galaxy in search of rare undiscovered alien species for which he can get a bounty at the alien registration centre. 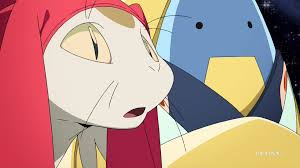 Assisting him in his endeavours are his crew, Meow (Joel McDonald – Attack on Titan, Good Luck Girl!), a Betelgeusian who is always being mistaken for a cat and QT (Alison Viktorin – Wolf Children, Eureka Seven: AO), a robot who bears more than a passing resemblance to a vacuum cleaner. 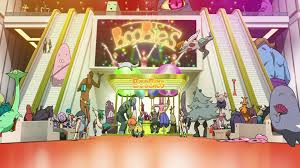 Their favourite haunt is Boobies, a galactic bar and bistro, where they are served by the lovely Honey (Alexis Tipton – The Devil is a Part Timer!), who wears very little and is happy to see to their every need. Dandy of course devotes a lot of time to the ladies, believing as he does that every woman will fall instantly in love with him. 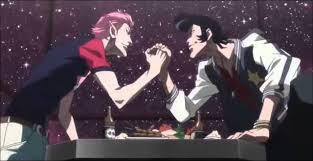 Together they embark upon many crazy adventures in search of aliens to return to Scarlet (Colleen Clinkenbeard – One Piece, Deadman Wonderland), the receptionist at the alien registration centre, who is constantly urging them to find a more lucrative career, as they aren’t generally very successful in their endeavours. 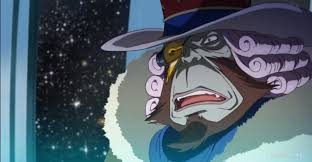 Every good story needs a bad guy and in this case that role is filled by Dr. Gel (J. Michael Tatum – Guilty Crown), a sinister, wig wearing individual who rides around in a ship which looks like the statue of Liberty, attempting to capture Dandy for his boss, Admiral Perry, who is convinced that he is the key to ruling the universe. 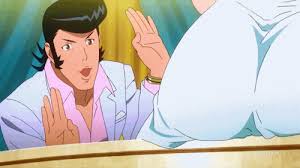 Space Dandy isn’t really an ongoing story as such, rather a series of short stories, although it does all come together for a brilliant finale. There is lots of humour, some of it quite adult and it will delight the hearts of sci-fi fans with it’s crazy brand of out there concepts and multitudes of alien races. It has a distinct feel of Hitchhikers Guide to the Galaxy about the way it is presented, reminiscent of the sci-fi of my youth, and that is by no means a bad thing in my book!

A thoroughly enjoyable series, highly recommended and well worth adding to your collection.

“I can’t believe you brought a giant squid on our date. I mean, who does that?”