4 star 4K restoration of an all time classic film. 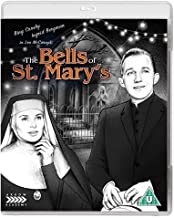 The Bells of St. Mary’s is written and directed by Leo McCarey (Going My Way, Duck Soup), with a screenplay by Dudley Nichols (Stage Coach, Bringing Up Baby). It was originally released in 1945 as a follow on to the Academy Award winning film, Going My Way. It is presented here in a 4K restoration courtesy of Paramount and Arrow Academy.

“You’ll find round here that you can’t even wear a small mouse. Oh my goodness, Holy Toledo, look at that!” 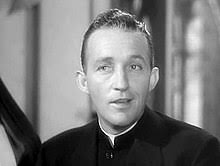 Father O’Malley (Bing Crosby – Anything Goes, White Christmas) is an unconventional priest who is sent to the parish of St. Mary’s to determine whether or not a local rundown parochial school should be closed and the children transferred.

Upon arrival, it is evident that the school needs a lot of work, but he soon realises that it needs to be saved. He begins to get to know the children, especially troubled young girl Patricia (Joan Carroll – Obliging Young Lady) and to understand the special bond they have with the school and the Sisters. 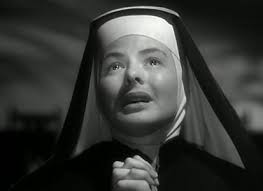 Sister Superior of the school, Sister Mary Benedict (Ingrid Bergman – Gaslight, Notorious) and the rest of the Sisters have been praying that Mr. Bogardus (Henry Travers – It’s A Wonderful Life, The Invisible Man), the owner of the building next door will donate it to them. Mr. Bogardus has other ideas, he wants to buy the land so he can knock it down and build a car park there.

Despite their differing methods and good natured rivalry, Sister Mary and Father O’Malley share the same goals and work together to try to save St. Mary’s. 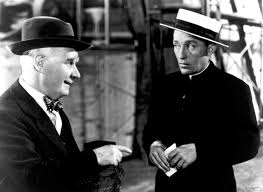 The Bells of St. Mary’s is a lovely film, very quaint but in a heartwarming way. It has a charm all of its own helped enormously by excellent acting performances by Bing Crosby and Ingrid Bergman and it’s not hard to see why it received so many Academy Award nominations.

This is an absolute classic film, ideal matinee viewing and a great addition to any film enthusiasts collection.

“Every time you’re near a rose, aren’t you glad you’ve got a nose?” 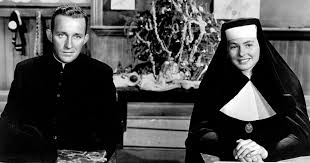 The Bells of St. Mary’s is available to buy now on Blu-ray and will be released on 7th Oct 2019.