5 stars for this stunning remake of a classic American story. 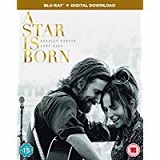 A Star Is Born is the astonishing directorial debut by Bradley Cooper (Silver Linings Playbook, American Hustle), who also co-writes alongside Will Fetters (Remember Me) and Eric Roth (Forrest Gump) as well as starring in the lead role.

“Look, talent comes everywhere, but having something to say and a way to say it to have people listen to it, that’s a whole other bag.” 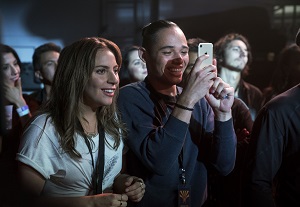 One night, following a concert in California, he insists on stopping off at a bar to get himself a drink. To his surprise, it turns out to be a drag bar, but a drink is a drink so he stays. It is here that he discovers young waitress and singer Ally (Lady Gaga – American Horror Story, Machete Kills). Blown away by her talent, he invites her to a gig and the two embark upon a tempestuous relationship. 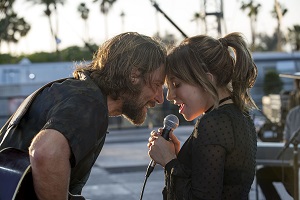 He takes her under his wing, encouraging her songwriting and having her perform with him to get her name out there. However, as her career begins to blossom, alcohol and drugs take their toll on both his career and their relationship.

A Star Is Born is a magnificent remake of a great story. The remakes have always lived and died by the chemistry between the two leads and Bradley Cooper and Lady Gaga most certainly have that, leading to an emotional roller-coaster of an experience. 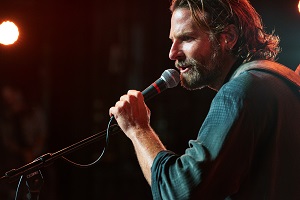 The music is glorious, the performances are compelling and it is not at all difficult to see why this film was nominated for, and won, so many accolades. A real triumph and a very impressive directorial debut. I’m looking forward to seeing what he does next.

A must own for fans of the music genre, and indeed just good film-making. Well worth adding to your collection.

“Music is essentially twelve notes between any octave. Twelve notes and the octave repeats. It’s the same story told over and over. All the artist can offer the world is how they see those twelve notes.”

A Star Is Born is available to buy now on DVD, Blu-ray and Digital Download.