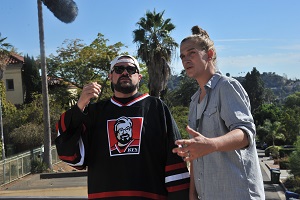 Madness in the Method enjoyed it’s European premiere at FrightFest 2019. It is written by Dominic Burns (Allies, Alien Uprising) and Chris Anastasi (Annie Waits) and is the directorial debut of Jason Mewes (Clerks, Dogma).

“Walk in there like you’re the authority and drop some method on their asses.” 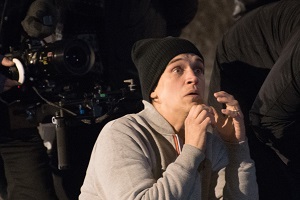 Jason Mewes, playing himself, has decided that he has had enough of being typecast as Jay, the goofy stoner half of the well known comedy duo, Jay and Silent Bob. Now sober and out of rehab, he wishes to take on more serious roles, however no-one is prepared to give him the opportunity. He reads for a role for casting director Anthony Costalino (Matt Willis – Birds of a Feather, Eastenders) only to be told that he isn’t good enough to play the lead. 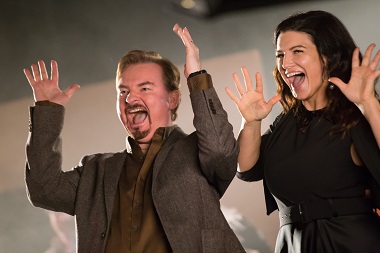 His good friend Kevin Smith, a.k.a. Silent Bob, gives him some advice about method acting and directs him to a book recommended by Matt Damon which will teach him all he needs to know. He duly heads off and purchases the book from the irresistible Fernando (Jaime Camil – The Secret Life of Pets). He issues a stern warning, you must not read the book too quickly. 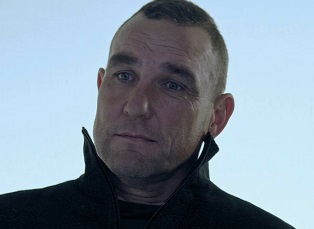 Of course Jay ignores this and soon finds himself on a rollercoaster of mayhem and murder. After an unfortunate accident sees Jay kill Anthony Costalino, he frames friend Vinnie Jones for the murder and his arrest for questioning gives his profile and his career a much needed boost. How far will he be prepared to go in his attempts to make it to the top?

Madness in the Method is a highly amusing film. It’s a little unpolished in places but that really doesn’t matter. There are plenty of standout performances, including Gina Carano (Deadpool, Fast and Furious 6) as girlfriend Carrie, Teri Hatcher (Supergirl, The Odd Couple) as foul mouthed agent Gina, and Dean Cain (Lois & Clark: The New adventures of Superman) as himself, desperately hiding from his fans. 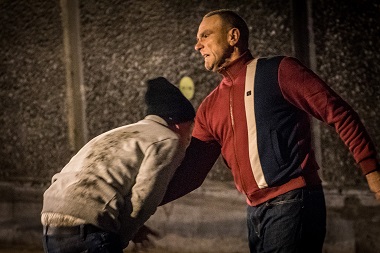 There are also appearances by familiar faces from the world of Jay and Silent Bob and it features the final screen appearance of the great Stan Lee, as well as the edifying sight of Danny Trejo (Machete Kills) in a pink feather boa.

I can’t imagine this film really appealing to a general audience, but for fans of Kevin Smith’s work, this is an absolute must watch. Great directorial debut for Jason Mewes and a welcome addition to the Jay and Silent Bob universe.

“Remember, it’s not gay if the balls don’t touch the chin…”