2 stars for this largely unoriginal and cringeworthy comedy. 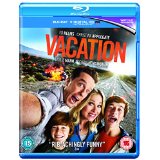 Vacation is written and directed by John Francis Daley (Horrible Bosses) and Jonathan M. Goldstein (The Incredible Burt Wonderstone) and is their debut feature film.

It is a sequel to the 1983 film National Lampoon’s Vacation and tells us the story of another generation of Griswold’s undertaking a road trip.

Rusty Griswold (Ed Helms – We’re The Millers, The Hangover Part III) is all grown up now and married to Debbie (Christina Applegate – The Book Of Life, Up All Night). They have two sons, James (Skyler Gisondo – The Amazing Spider-man), who is the eldest but highly sensitive and is ruthlessly bullied by the youngest son, Kevin (Steele Stebbins – A Haunted House 2). Rusty is working as an airline pilot for a budget airline called Econo-Air and is having trouble connecting with his family

Realising that his family are bored with the usual vacation destination he comes up with a cunning plan. In order to bond with all of them and try to get the boys to get along with each other, he decides that they should undertake an epic cross-country road trip to revlive a holiday from his childhood, a trip to Walley World.

In order to make it happen he rents the strangest vehicle in the world, which has a very angry Korean sat nav and a whole host of thoroughly bizarre features, such as a driver’s seat which rotates and exploding windows. 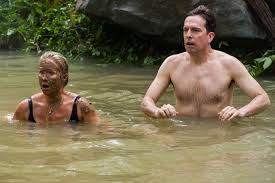 There are many stops along the way and as expected the journey doesn’t go quite as planned. This is a family who are completely inept and manage to run into all sorts of trouble, from accidentally uncovering Debbie’s promiscuous past, to taking a relaxing bath in raw sewage, to staying with Debbie’s sister Audrey (Leslie Mann – The Other Woman) and her ridiculously over sexed husband Stone (Chris Hemsworth – Thor, Rush). 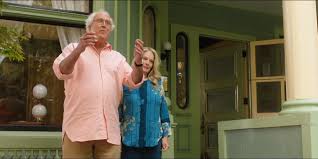 Vacation is a 15 certificate and yet despite all the swearing, the humour is so childish that it feels like it’s aimed at a younger audience. This is formulaic comedy, everything by the numbers and quite often it’s pretty embarrassing to watch, rather than being funny. 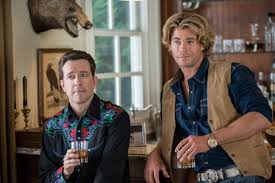 The individual acting performances are all good, but the characters are so irritating that it wipes out some of the humour as you are so busy cringing at their juvenile antics. And why someone hasn’t already given Kevin a good slap is anybody’s guess.

If you enjoyed the original series of films then you will undoubtedly love this one, if not however I wouldn’t bother, there’s no improvement to be found here.

“I just wanted to sing Seal with my family like normal people.”

Vacation is available to buy now on DVD and Blu-ray