Welcome back to Road Rash Reviews, here are your six-shooter RRR questions for The Poltergeist Diaries. 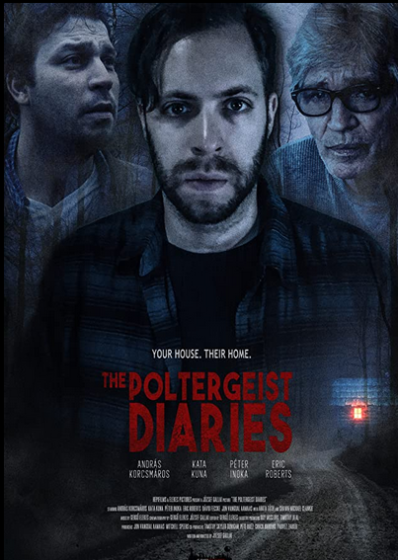 (1) Hello and welcome back to RRR, congratulations on completing “The Poltergeist Diaries” under pandemic conditions. How did you make this possible, and how did everybody cope with it?

Thank you very much for the opportunity. It’s been an amazing year, I can tell you that. I finished the script in the fall of 2019, and I had a lot to do last year and the pandemic made everything obviously much more difficult. Fortunately, the majority of people involved in making the film were easy to cooperate with, and they responded well to even the changes which were necessary in the last minute. I put a year and a half into this film, during which I could collect incredible experiences, but on many occasions I said that was that and no more.

(2) You take a different approach to this film. Where did you get the idea for the documentary style to this suspenseful film? 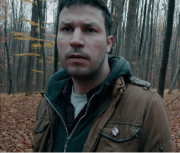 I’ve already released a similar film, I am talking about Bodom from 2014, which we directed together with Gergő Elekes. It had a similar structure, but unfortunately it wasn’t distributed widely and properly. At that time, we were at a very early stage of this whole international movie-making process, we put that movie together from $300, and I’ve always had a sense of lack, because it didn’t reach a wider audience, thus I wanted to take this documentary approach into this film, so this was the main idea from the very beginning. Numerous interview inserts and video entries enrich the story, eventually 19 actors appeared on the screen. It’s the first time that so many actors appear in my film.

(3) How did you get prolific screen actor (614 IMDb credits) Eric Roberts onboard?

Around Christmas 2019, I read and edited the script and I haven’t cast yet for a particular character. Not a long scene, just a page and a half. I follow the international indie film line and filmmakers with similar budgets and connections and I have seen that sometimes they can get quite big names for their projects. Over the next few days, I made a list with ten names of actors who had already appeared in low-budget films. The name of Eric Roberts was at the top of the list. I didn’t see much chance of working together, but at the same time, I did everything I could and wrote to all of his agents. All but one of them responded, and eventually the fact also helped us that almost all shootings had to be shut down, however, the relevant scene of “Poltergeist” could be shot with a staff containing just a few people. If I can remember well, we agreed in early April and his scene was completed over a weekend already in May. I coordinated and instructed him from Hungary; it was an incredible experience. I am sometimes surprised even now that it could work this way.

(4) Now that it is in the can. How difficult is it to get a distribution deal (Under pandemic condition’s or not), and is it harder/easier in Hungary?

I think we can announce some distributors in the next month or two regardless of the coronavirus. Of course, there are fewer opportunities now, but the smaller, independent films might even benefit from it, because in their case, no huge amounts are risked like in, let’s say, a Hollywood big budget production. It’s enough to mention Host, which had an incredible journey last year, but The Wretched wasn’t different either, because it also responded excellently to the pandemic situation and reached a very wide audience. We also try to find the best possible partners so that the huge amount of work we put in pays off. In Hungary, an English-speaking production which was mostly shot by Hungarian filmmakers can find itself in a rather interesting situation. We’re in contact with a distributor here, but even I don’t know if it will work out. Cinemas here haven’t been open at all since September or October if I’m not mistaken so anyone who wants to watch a movie sits down in front of Netflix.

(5) Through your films, you always find amazing locations. Is this an easy part of the film making process for you?

I suppose, one of the most important aspects is that our particular film should take place in the best possible location, should grip the viewers and shouldn’t let them go. There have already been cases when we missed a good location almost at the last minute and that sucks very much. I’m not saying it’s easy to find the ideal locations, but I, for example, love this part of filmmaking, it’s a very exciting and adventurous segment.

(6) We wish you lots of success with “The Poltergeist Diaries”. But word has it that your new project “I Hear the Trees Whispering” has horror legend Bill Oberst Jr. (Lifechanger, Stressed to Kill, Zombieworld, Werewolf Rising) in it. What can you tell us about this project? 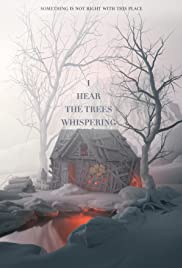 Thank you very much also on behalf of my co-creators. Yes, “I Hear the Trees Whispering” will be my next job, and it’s a great pleasure for me to work on it, what’s more, since then the cast has been enriched by Laura Saxon (Isolation Lockdown), Laura Ellen Wilson (Once a Year on Blackpool Sands), Jon Vangdal Aamaas (Attack of the Unknown) and Oscar nominee Larry Hankin (Breaking Bad, Home Alone, Escape from Alcatraz), but after 2013, I had the opportunity to work with one of the best dub actors of Hungary, Gábor Varga (In the Line of Fire (TV Series)), again. I want it to be a film with a very special approach, it’s a bit of an adventure-, a bit of a mystical and a bit of sci-fi movie with an even more unique atmosphere than my previous films. We’ve already ticked off a few scenes, but we’ll be shooting mostly in summer and autumn, in most cases in quite unique and secluded locations. We intend to present the film at the beginning of 2022 if everything goes well.

Thanks again for your time and all the best for your future ventures. RRR