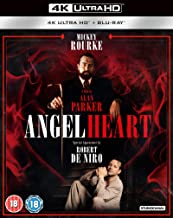 Angel Heart is based on the 1978 novel Falling Angel by William Hjortsberg (Legend). It is written and directed by Alan Parker (Mississippi Burning, The Commitments) and was originally released in 1987. It is presented here following a 4K restoration courtesy of Studiocanal.

“Well, you know what they say about slugs. They always leave slime in their tracks. You’ll find him.” 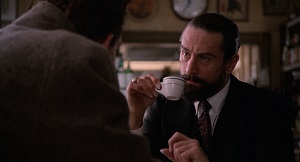 Harry Angel (Mickey Rourke – Sin City, The Wrestler) is a private detective in Brooklyn, New York. He is approached by a man named Herman Winesap (Dann Florek – Hard Rain, Law and Order: Special Victims Unit) who tells him he has found him a client. This client turns out to be the enigmatic lawyer Louis Cyphre (Robert De Niro – Dirty Grandpa, Silver Linings Playbook). 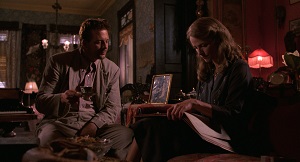 He wants him to track down the whereabouts of John Liebling, a.k.a. Johnny Favorite, a crooner who suffered severe mental trauma during World War II. He claims that Johnny Favorite has reneged on a contract they had for goods unknown, with payment upon death and wishes to know whether he is still alive. 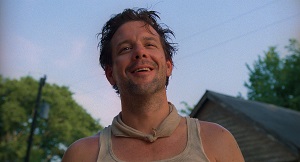 Harry follows the trail but keeps reaching dead ends. Eventually it leads to Louisiana and a young girl named Epiphany Proudfoot (Lisa Bonet – Enemy of the State, High Fidelity), who he hopes will help him find the truth. However, when his leads keep ending up dead, he finds himself caught up in a web of voodoo and murder soon realises that something very sinister is going on.

Angel Heart is a really good film. It was a big favourite when first released and it’s great to see it given the 4K treatment. It’s atmospheric and brooding with the occasional jump scare. There is literally buckets of blood and lots of scary voodoo action, with a shocking twist at the end. 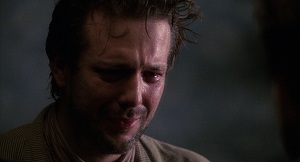 It’s a great idea for a story and it is helped by excellent acting performances. There’s something very disturbing about watching Robert De Niro peel an egg with extra long fingernails and then eat it in extreme close-up.

An excellent package and a must own for fans of the genre.

“They say there’s just enough religion in the world to make men hate each other, but not enough to make them love.” 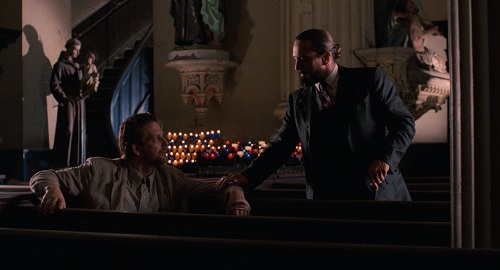 Angel Heart is available to buy now on 4K, Blu-ray and DVD and will be released on 14th Oct 2019.