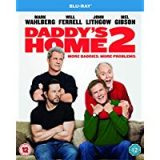 Daddy’s Home 2 is written and directed by Sean Anders (That’s My Boy, Sex Drive) and is the sequel to the very amusing Daddy’s Home.

“Stepdads and dads don’t always get along, but Dusty and I have this co-dad thing on lockdown.” 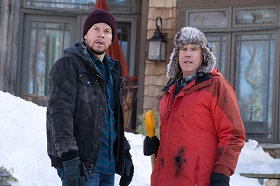 Following a shaky start in the first film, Brad (Will Ferrell – Anchorman: The Legend of Ron Burgundy, Blades of Glory) the stepdad and Dusty (Mark Wahlberg – Transformers: The Last Knight, Ted) the biological father, have sorted out how their unconventional family works. 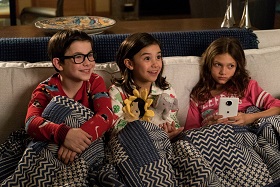 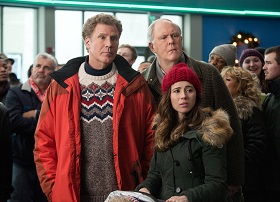 All this is turned on its head however with the arrival of Brad and Dusty’s own fathers to celebrate Christmas with the family. Brad has a fantastic, verging on creepy relationship with his father Don (John Lithgow – Interstellar, Cliffhanger), they kiss on the lips and never run out of things to say to each other and Don is extremely good natured. 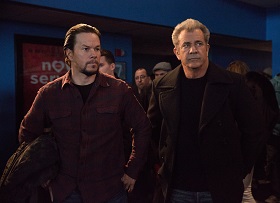 Dusty on the other hand does not get on with his father Kurt (Mel Gibson – Ransom, Braveheart) at all. A former astronaut, he has very little respect for anyone, least of all his son and does nothing put heap scorn on their co-parenting arrangement. When he books a trip to a remote chalet for Christmas, it will take every ounce of willpower for the family to stay together.

If that all sounds to you like it wouldn’t be very funny then you’d be right. There are a few laughs, but it doesn’t deliver the side splitting humour of the first film. The addition of more fathers makes the whole thing seem a little contrived and quite often it is more uncomfortable and cringeworthy than amusing or enjoyable. The acting is brilliant of course, it’s more the script which lets it down. 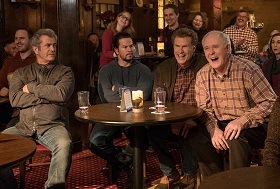 It also deals with plenty of issues which a lot of children (and adults) would find both familiar and sensitive and does so in a trivialised and inelegant way. It’s not a bad film, but it is a little disappointing after the great start. The other surprise given that it is being released in March is that it is in fact a Christmas film. Watched nearer to the time perhaps the context might help to make the film flow better.

Not a bad watch, but probably not for sensitive kids or families which mirror the situation too closely.

“Yeah, and it was your idea to cut down the cellphone tower, Brad. And who crushed my car with a snow blower? You did, Brad.”

Daddy’s Home 2 is available to buy now on DVD and Blu-ray.