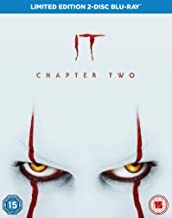 It Chapter Two is the sequel to the 2017 film It, based on the novel of the same name by Stephen King (Castle Rock, Cujo, Pet Sematary), with a screenplay by Gary Dauberman (The Nun, Annabelle: Creation) and directed by Andy Muschietti (It, Mama).

“Your hair is winter fire, January embers. My heart burns there too.” 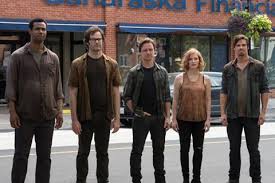 It’s now twenty seven years since the events of the first film and the Losers Club have all gone their separate ways, except for Mike Hanlon (Isaiah Mustafa – Horrible Bosses, Shadowhunters) who remained in Derry. Following a horrific homophobic attack, Mike overhears a police scanner and realises that It (Bill Skarsgård – Moomins in the Winter Wonderland) has returned.

The promise made at the end of the first film must now be upheld and he begins to contact the other members of the Losers Club to return in order to put a stop to It forever. 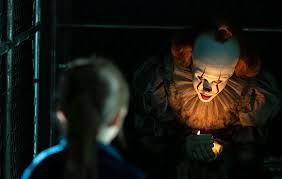 Years later and away from the town, they have all gradually forgotten the events of that fateful summer, but as they return, so do the memories.

After an eventful meal at the local chinese, where they suffer hallucinations and learn the real reason why Stan (Andy Bean – Here and Now) hasn’t arrived, Eddie (James Ransone – Captive State, Family Blood) and Richie (Bill Hader – Trainwreck, Barry) decide to leave. They are stopped by Beverley (Jessica Chastain – Interstellar, The Martian), who reveals that she has had visions showing their deaths if they fail to complete their task. 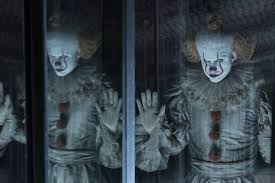 Meanwhile, through a drug induced vision, Mike shows Bill (James McAvoy – Welcome to the Punch) a Native American ritual which can finally kill It. requiring a sacrifice from each of them, can these childhood friends overcome their demons and finally put an end to the horror?

It Chapter Two is a very enjoyable film. It is not an out and out scarefest (although there are some terrifying moments and effective jump scares), rather it is a psychological thriller, which builds the tension really well and keeps you on the edge of your seat. 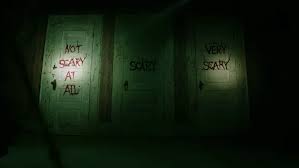 It is a very long film, but it doesn’t really feel like it and there is a lot of story to cram in there. You definitely need to have watched the first film to have any idea what is going on. It’s very different to the 1990 mini series and is much more faithful to the original story, a real plus for Stephen King fans.

A must own for fans of the genre and well worth adding to your collection.

“See, the thing about being a loser is, you don’t have anything to lose. So, be true. Be brave. Stand. Believe. And don’t ever forget, we’re losers and we always will be…”

It Chapter Two is available to buy now on DVD and Limited Edition Blu-ray.