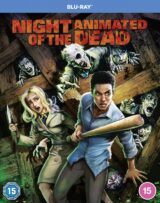 A Burning Desire for Flesh.

Warner Brothers bring us a reimagining of the classic George A. Romero (Night of the Living Dead, Dawn of the Dead) horror film. With director Jason Axinn (To Your Last Death, SMBC Theater (TV Series)) following on from his multi-award winning film To Your Last Death. With gruesome animation, he is ready to get his hands wet with blood on this animated horror.

After an arduous two-hundred mile journey, siblings Barbara (Katharine Isabelle, Freddy vs. Jason, Ginger Snaps) and Johnny (Jimmi Simpson, ) arrive at the graveyard where their father is buried. Johnny really hates making the trip year after year, and poor Barbara has to listen to his constant diatribe. Johnny has a history of trying to scare Barbara, and he hasn’t changed one bit, as he fools around with the annoyed Barbara. While this is going on they do not notice the shambling walking dead heading for them.

When she has a free second, she spots a dark farmhouse, and she makes her way to it and finds a  way in. At first it appears that she is on her own, but with further investigation she finds Ben (Dulé Hill, The West Wing (TV Series), Suits (TV Series)) who was trying to find gasoline for a pickup truck he had found and there is a pump just down the road, but it is padlocked. 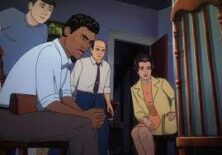 It is mainly Ben that sorts the house out as the hoards of zombies gather outside. That is, until they discover five people down in the cellar, and they have totally opposite ideas of what they should do. The Cooper family, Harry (Josh Duhamel, Transformers, Transformers: Dark of the Moon), Helen (Nancy Travis, So I Married an Axe Murderer, The Vanishing) and their unconscious daughter Karen. With them is young couple Tom (James Roday Rodriguez, Rolling Kansas, The Dukes of Hazzard) and Judy (Katee Sackhoff, 2036: Origin Unknown, Oculus, Batman: The Long Halloween Part II).

This animation follows the original very well, with some of the iconic shots, being recreated for this new horror experience. So if you are a new horror fan or a died in the wool horror fan, this is one to add to your collection. 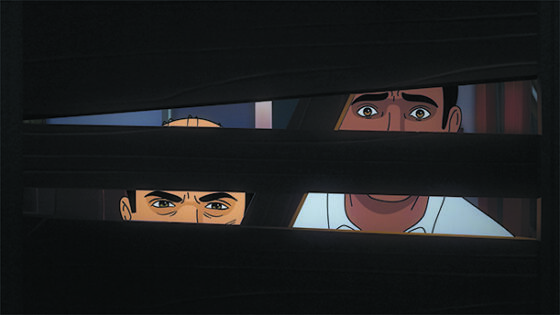 Night of the Animated Dead is out now on digital, Blu-ray and DVD.